Since the seventies, Ria Pacquée has recorded her presence in this world, or rather disguised herself as a specific persona. These personifications, including ‘Madame’ or ‘It’, were ‘played out’ in photographs at first, but for some years now she has been recording characters on video as well, displaying a slightly adapted version of her ‘true’ self. Lately, Pacquée has turned the camera towards the ‘outside’ world. Here as well, she deals with everyday life, embracing all that is encompassed by it including what may be seen as relative, as left-out or even as odd.

Already from the seventies Ria Pacquée disguises herself in everyday life. As if it were pieces of social archaeology she records her presence in this world, first on photos and, for several years now, on video as well. During the second half of the eighties she won fame with her ‘Madame’-works, in which she takes on the character of a lonely middle-aged lady. From the ‘Madame’- and ‘It’-characters she has evolved into ‘street rambling’, from graveyards her fascination shifted to the desert, always on the lookout. Her work has been shown, among others, at Kunsthalle Lophem (Loppem), the museum for contemporary arts MUHKA (Antwerp) and Musée des Beaux-arts Tourcoing. 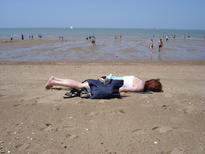 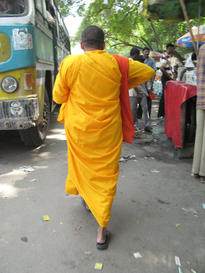 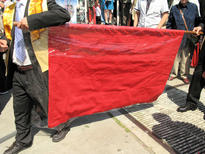