THE RETURN OF THE WITNESS

In "The Return of the Witness" Ria Pacquée distils her concern for the passing infra-ordinary world into a series of probing contrasts between the chaotic thoroughfares of King’s Cross St Pancras and the barren railways lands nearby. “Following the crowd will lead you to destruction!” shouts a woman at Speakers’ Corner. People are seen waiting, fumbling with luggage, glued to mobile phones, smoking quick cigarettes, stranded on street corners and concourses, displaced from the environment and their bodies. Others lie prone on walls and benches as if overcome by the impossibility of a here, there or now. Rhythmic montage groups together moments of similar weight, cataloguing movement and composition into a coherent order. We sense the ennui of those hurrying nowhere, caught up by the speed of life and slightly stunned, in the thrall of their predicament. These sequences claim the moment of inertia in which we sacrifice the voyage, ‘in favor of the attentive impatience for a world that does not stop coming, that we can’t stop waiting for.’ Such fatigue, flux and uncertainty also convey an alarming sense of collective somnambulism. Where is the other walking beside us? As a child looks on, some litter borne up by a breathe of wind dances a circular tarantella around a square. Off the main streets, colourful fabric billows on a market stall while a warm voice off camera intones, “That’s right, life is beautiful. It’s just some of us people in it.” A man in long green waders uses a net to fish spawn from a pond. By the canal a woman with a wicker trolley, picks plums from a tree. The urban space is fecund, secreting edible treasures and vigorous life forms. Traversing this terrain one discovers there are myriad portals, apertures and gateways.
‘When you least expect it, you see a crack open up and a different city appears. Then an instant later it has already vanished.
’The disfigured wasteland, once considered a dangerous urban blackspot, is subject to regeneration and slowly the open space of 25 acres will disappear, be filled up, remodeled and covered over. The advancement of urban planning persuades us to lose another much-needed gap in the teeth of our metropolis. Michel De Certeau posits that every city is two cities, one visible and functional the other unofficial and unquantifiable. Two cities coexist, engaged in an endless and irresolvable dialogue. (Source: Michael Curran) 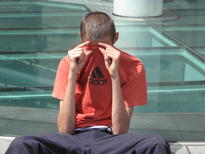 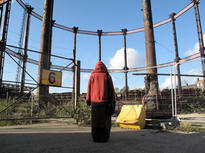 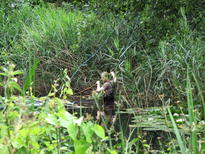 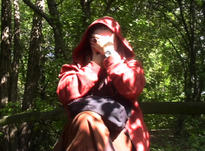 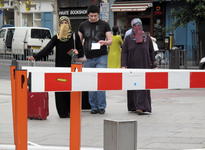 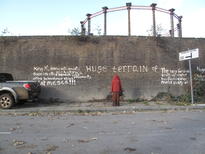