Ken Kobland is an independent film and video artist, collaborating at times with performing artists such as Philip Glass or The Wooster Group. He retains a critical distance and poetical tension that seem to be lacking in a media-dominated society. As spectators, we are invited to look and interpret actively, rather than to passively identify with emotions suggested by a continued storyline. Kobland’s work is a network of insights and associations, assembled in a flow of images and sounds. It explores a variety of socially and politically charged themes and issues. Kobland’s focus, however, is always on the individual.

Since 1971, Ken Kobland has been working on various aspects of independent film- and video-making, creating productions in collaboration with performing artists such as Philip Glass, The Wooster Group and Spalding Gray. The importance of Kobland’s work lies in the fact that he recovers a critical distance and poetical tension, elements that seem to be lacking in a media society. Ken Kobland graduated in art with a minor in philosophy in New York (1969). During that period, he attended Columbia University School of Architecture (1967-68). His work explores a variety of often socio-politically charged themes and issues, revealing a profound interest in the complex shifts in an already multi-layered society. In handling opaque topics such as political upheaval and urban/suburban contrasts, he always stays focused on the individual lives of the people involved. The term 'reading' seems more appropriate to Kobland films than the term 'watching'. The spectator’s active interpretation is solicited. It isn’t conventional, monolithic character and emotion we are asked to identify with, but a host of suggestions about the world that populates the artist’s desire. As in lyric poetry (and other art where form is inseparable from content) the formal elements of Kobland's films derive their strongly inflected personal identity, or immediately recognizable style, from their iconic ability to both be and signify at the same time.
Ken Kobland shows us not only what lyric film looks like, but how fetching it can be in the hands of an artist in full command of an instrument each one of his films further defines. Where poetry uses rhythm, sound and semantic/rhetorical devices to attract and hold the reader’s attention, Kobland’s films use sound, image and text to much the same effect. The movement of images, their texture, position and pattern; those of the sounds, be they words, the whirl of machinery or actual music; the appearance of text on screen - together these create a strong, pre-reflexive, physical presence, a virtual body engaging the spectator. Moscow X (1994) for instance, his camcorder diary shot in Moscow in the fall of 1990 foreshadowing the fall of the communist regime, is a chronicle of public opinion, assembling a multitude of voices.

In his videos, Kobland incessantly reveals the warp in the tissue of contemporary society. Although he uses a photographic and documentary aesthetic, presenting an art of video that approximates photo-journalism, this doesn’t serve a journalistic purpose at all, for he is never up to a one-dimensional representation of the subject matter. His work is an amalgam of insights and associations, assembled in a flow of images and sounds of very divergent origins and sources. A one-hour continuous camera take combined with a collage of radio broadcasts in Stupa, or a collection of Hi8 video footage held together by the voice of Vito Acconci reading from James Strah’s Queer and Alone in Foto-Roman: the simultaneous act of accumulating, interlocking and layering image and sound is always central to Kobland’s way of working, resulting in associative, poetic and fragmented videos.

There is also a strong affinity between his work and that of The Wooster Group with whom Kobland collaborated: they share the collagist-intertextual (always already post-modern) aesthetic central to 20th century art and literature. This tendency, which has its roots in the rhetorical processes characteristic of poetry and paves the way for the very possibility of lyric film, involves recasting and recoding the art and artefacts of the past and present. They collaborated on several film projects such as Miami man in landscape (LSD) (1983) and  Flaubert Dreams of Travel But the Illness of His Mother (1986), a film that reshapes the Wooster Group’s staging of Flaubert’s visionary work The temptation of St. Anthony during its rehearsal. In 2000 Kobland shot the film The Wooster Group on Tour, showing the company installing their production of House/Lights in Glasgow, Scotland.

The significance of Koblands work lies in the fact that at the same time it regains the critical distance and poetic tension this media society has all too often to do without. Or as a melancholic voice in Moscow X comments: "We live in a psychological swamp. We all have strange desires. Maybe this is our story." 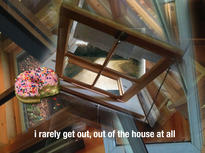 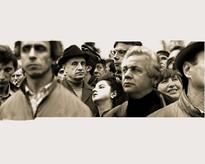 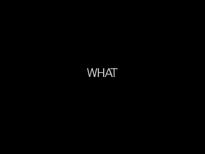