Ken Kobland (1946, US) has been active in various aspects of film and video production since the 1970s, sometimes collaborating with such artists as Philip Glass, Spalding Gray and the New York theatre ensemble The Wooster Group. For his personal work, often containing explicit references to aspects from the visual arts, architecture or philosophy, he sounds out the urbane surroundings for poetical tension and a lyrical sense of space. His most recent work, Buildings And Grounds: The Angst Archive combines urban scenes, industrial installations and other evocative landscapes to fragmentary image and text ruminations from film classics by such directors as Fassbinder, Fellini, Bergman and Tarkovsky, resulting in an essayist meditation on dislocation. The work will be introduced by Vestibule, an early film in which Kobland explores New York portals as abstract environments, permeated with recollections, fantasies and the terra incognito of the everyday things of life. 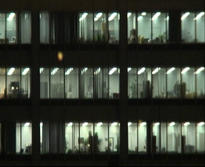 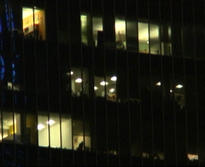 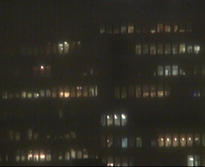