‘Flaubert Dreams of Travel…’ focuses on images of death and transcendence as suggested by the writings of Gustave Flaubert. The film was made in conjunction with the Wooster Group’s stage production ‘Frank Dell’s The Temptation of St. Anthony’, a re-invention of Flaubert’s life long work about the visions and ecstasies of the fourth century hermit St. Anthony. The film layers hallucination, sexual obsession, morbidity, Romanticism and boredom. Set in the ghostly atmosphere of an empty hotel room, the film pays homage to the surrealist and horror fantasy film. 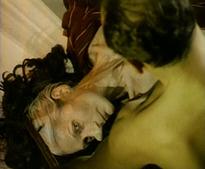 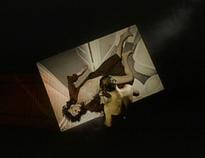 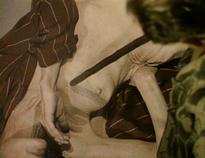