MIACA (Moving Image Archive of Contemporary Art) is a new Japanese structure based in Tokyo that has set itself as a goal to archive and preserve artist’s videos. To mark the start of its activities MIACA launches ’Welcome to the Real World!’, a three day series of screenings and lectures/discussions about video art with international guests that will take place at BankART Studio NYK in Yokohama. Within that framework Paul Willemsen of argos has been invited for a talk about the institution’s archival and preservation policies. His presentation will be followed by ’Deframing - Ideological spaces and artistic strategies of mental dissent’, a screening program that will show samples from the argos collection.

Ideology is a certain experience of the universe and our place in it and benefits the production of power relations. It fixes and congeals existing relations. This program compiles works from five artists that deframe ideological spaces and reconsider politics of representation. Charley Case raises the issue of globalization and neo-liberalism from the enclave of counter-communities. Justin Bennett subtly tackles the European political system, whereas Messieurs Delmotte more bluntly parodies exotic tourism and the post-colonial condition. Ken Kobland muses on our modernist beliefs in pr the cathartic as a liberating force of subjectivity.

Charley Case
Friday, June 18, 1999, City of London
1999, b & w, 8’12”, BE
An inside account of a public meeting in London that attracted more than hundred thousand activists campaigning against global capitalism. Images of joy and ecstatic jubilation, rage and anger, disenchantment and delusion structured around the four elements: fire, air, water and earth. “While the elite gangs of state and capital become evermore faceless, their fear of the faces of the everyday resistance grows. Yet, somehow the victims of their power - the poor, the oppressed, the broken and desolate - are always voiceless and are always faceless. Today we shall give this resistance a face: for by putting on our masks we reveal our unity; and by raising our voices in the street together, we speak our anger at the facelessness of power.” (Charley Case)

Justin Bennett
Berlaymont Dreaming
2004, col., 20’20”, The Netherlands
The Berlaymont building, seat of the European Commission, is a symbolic centre for the European quarter of Brussels as well as for Europe itself. Formally interesting is the fact that the original modernist architecture has been renovated and foreseen with a new ‘skin’ or rather an armour plating, changing the outward appearance while preserving the inner form. Bennett sees this as mirroring the expansion of Europe in general. In Berlaymont Dreaming , Berlaymont/ Europe is pictured as a modernist utopia, where the transparency of architecture is a metaphor for democracy itself. The building is empty, but it hums softly to itself. It dreams of its future uses, its future occupants, dreaming that it might one day be open to all, but knowing that its gigantic security machine regulates the flow and access of people just as the air conditioning regulates the flow of air and heat. The sounds of empty buildings and their machines sometimes filter in with sounds coming from outside through ducts or through the windows. Bennett layers images of the Berlaymont and its inhabitants over images from other buildings of the Belgian capital that are either in use or that are already demolished. The image and sound sequences are composed by a machine that chooses sounds and images which build up, overlap and then fall away again. Thus the machine constructs its ‘dreaming’ - an imaginary ephemeral architecture.

Messieurs Delmotte
Tourist Renouncement
1994-2004, col., 18’48”
The video Tourist Renouncement was originally recorded in 1995 in Togo, as part of the project Afrikanisch-Europäische Inspiration, set up by Togolese artist El Loko who was living in Germany. For two months eight artists from various countries in Europe and Africa worked on this cultural exchange. Delmotte filmed his actions, seeming like a grotesque interpretation of the historical relationships between the two continents. In his performances he plays the white man among other things, randily riding up a tree, later sawing down another with a theatrical gesture, then triumphantly shoving his pale behind in a mosquitoes’ nest. Tourist Renouncement caricatures hypocritical European tourism, promising a paradise in Africa, whereas a large number of Africans, basing themselves on the same false delusions, chase after an ‘European dream’. The film has been re-edited, almost ten years after the material was filmed and it is situated between a documentary, a fictitious account and video art.

Ken Kobland
The Shanghaied Text
1996, col.and b & w, 20’00”, USA
In The Shanghaied Tex t Ken Kobland reflects on our 20th century notion of civilisation and progress. These are set against an apparently indifferent nature that continues to be calm and unchanged in the face of the struggle for dominance. In a radical visual gesture, Kobland superimposes archive footage of peasants in China, revolutionary heroes from early Soviet films (Dovjenko’s The Earth), excerpts from Westerns (Zinneman’s High Noon), newsreel footage of the May ’68 student riots onto austere, seemingly benign landscapes. Pornographic images of the female body are also projected onto the landscape, eroticising the land and suggesting both the symbolic colonisation of the female body and the notions of the ’mother country’. A manic anti-narrative that encapsulates the civic and sexual passion of colonialism and revolution.

Eddo Stern
Vietnam Romance
2003, colour, 19’09”, USA
Eddo Stern’s interests lay in new modes of narrative and documentary, and in cross-cultural and cross-media representation in film, computer games and Internet culture. His works examine the military and fantasy computer game genres for their cultural and social roles in the play of politics and pleasure. Vietnam Romance is compiled from the sources available on the computer desktop environment - games, graphics and music (a use of game tools called ’Machinima’). A remix of the Vietnam war experience with a MIDI soundtrack, computer game clips and references to film classics like The Deer Hunter and Apocalypse Now, Vietnam Romance is a digital condensed simulation of the Vietnam War, at the intersection between reality, fantasy and history. Stern plays not only with ideas about the mediation of history, but also with the fact that we increasingly experience the world through artificial constructions, that in turn prompt a form of false nostalgia. 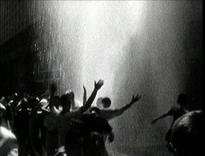 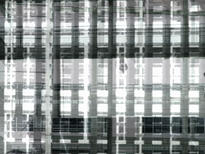 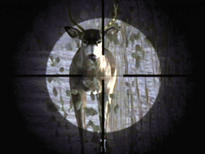 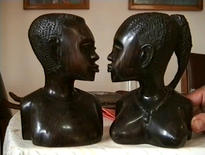 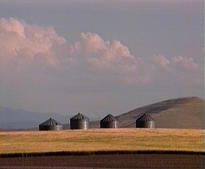