A rumination on Time, with a capital "T". Time and its ravages, which really just means its progression, its nature. Set off by an "old" poem, a T.S. Eliot poem that’s literally haunted me for 30? or 40? yrs...even before I became an old man myself.

(It’s an old man’s rumblings, and it never fails to move me. I used a quote from it in a film I made 25yrs ago, and the book still calls to me from its place on the bookshelf, its pages yellow, dry as bone.)

And because the poem is about time, it invites me back in time as well. Old images from earlier films are layered into the movie. And, in the sense that every film is an homage, other old friends are here, too... the stunningly theatrical opening of Vertov’s movie-man; the sinister scientist who sends already-dead hero into past and future in Marker’s apocalypse; the giddy absurdities of scale that Magritte made; and the beautiful, abstract puzzles of Matta-Clark, who cut-up real buildings with a chain-saw. So it’s me and these others, these other ’friends’ endlessly immersed in the past. While the small room we inhabit is our museum... and our book. (https://www.kenkoblandfilms.com) 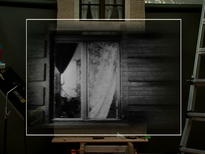 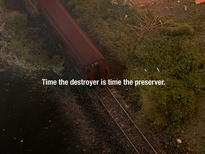 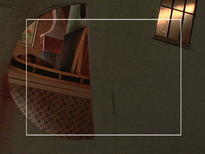