The work of television artist, publicist, website and installation artist Stefaan Decostere follows various directions, but is always - directly or subversively - bound to a resistance to the media within which he works. Until the 1990’s, Decostere worked in public broadcasting, producing ’television without television’ in works that used kaleidoscopic language and incorporated formal techniques from video art. Stefaan Decostere studied film direction at the National Film School RITCS in Brussels. Finishing in 1978, he directed his first documentary on Marcel Duchamp. From 1979 until 1998, he worked as director and producer for the Arts Department of the Flemish Belgian Television (the former BRTN). He was amongst a handful of truly innovative directors working in television, creating new forms for increasingly complex ideas. Decostere approached the television medium as a serious platform for his specific ideas about media analysis, structural experimentation and videographic creation.

In films and broadcasts with often documentary inclinations, Decostere dealt with very diverse subjects and themes, for example, from a philosophical memorial to American publicist Kevin Kelly in How Do You Become God, made in 1995, to a history of polyphony in Polyfonisten I & Polyfonisten II, from 1986, to the relationship between dance and cinema in Dans & Camera (’Dance & Camera’, 1984). In these programmes, Decostere became increasingly critical of the medium he employed, a form of essay in which he responded to codes that uphold mainstream television programming. Decostere approached this issue in different ways, here investigating, there playfully, but always breaking something open. From these divergent approaches flowed the inherently commentary form of Decostere’s productions. Always testing the limitations of his medium, the television artist made use, amongst other things, of the ambitions and forms of video art. He used animation, turned concepts or definitions around in humorous scenarios, and gambled with image-within-image inserts or ’cubistic’ screen divisions.

Central to this journey of discovery towards a radical, new visual language - in contrast to Flanders’ other important television artist, Jef Cornelis - was Decostere’s creative use of editing. Because of this, even today, his documentaries remain more than a report about their subject. They are works of art in their own right. For example, in 1984, when Decostere produced a portrait of one of the people who had inspired him, Nam June Paik (1984), a production on which scenario writer Chris Dercon collaborated, the documentary is also a presentation about the design and the codes of visual language itself. Unlike ’normal’ television productions, for the viewer, Decostere’s programmes offer a challenge. Because they approach themes and subjects from several perspectives, or offer an opportunity for reflection and introspection, they force the viewer to take an active stance. His Travelogue Series (1990-1994), for example, is addressed to the ways in which we show ourselves the world, in television, museums, the city, exhibitions, world fairs, theme parks, to the ways in which these systems organize fragments to create a seemingly coherent whole, and to power structures - particularly colonialism - which underpin these forms of display. Decostere includes text fragments from historians, philosophers and scientists, together with images that he seems to pull from thin air, filming them together into poetic shape. Different points of view cross and overlap one another. It is up to the viewer to distil the lecture and form an opinion of his own. But Decostere’s work in television digs further. His highly eclectic imagery is no longer an illustration of his subject matter, but part of an artistic proposition about a de-centred subject, visualised in a ’bricolage’ combination of fragments, a mix of stock, sampled images, his own clips and graphic design material.

In fact, Decostere’s television productions are infused with the conviction that the viewer is usually being extremely underestimated. In this regard, his work is a form of rebellion. As a producer of programmes for broadcast, he set out to crack the downward spiral of viewer statistics and superficiality. Decostere resolutely took his programming where it could oppose a consumer culture determined by commercial reflex, where art and kitsch, religion and entertainment all stand on equal footing. "It’s scary to see what has disappeared and what is disappearing in the world and on our screens, and who is being left out. I witnessed many times how others were erased from the screens as well, for minor reasons that is, as a successful result of a day-to-day brutal fight against unwanted noises, against what might get in the way of the Big Flow. Many personal voices and singular expressions melt like snow. (...) Just like the Canadian Parks, where nature has been transformed into a stage of obsessive control, television has annihilated itself, has closed the window on reality, which it once and sometimes was, to become the ultimate subliminal interface for the corporate brand of the day, with the prospect of more profit or more business. Or even, it doesn’t really matter, without the prospect of business."

Decostere continued to produce television programmes until 1998, when the arts division in public broadcasting was fundamentally revised. His work was shown on Flemish television and at a variety of film festivals. In addition, Decostere built installations based on his films, creating works that are shown in museum or gallery contexts. At that time, just as today, it was never his intention to develop installations in the sense of high-minded media-architectures as such. Rather, he wanted to propose a kind of studio-platform, inviting the visitor to become mediamaker - relocating the action away from the studio (and definitely away from the television studio,) towards a kind of ’staging the studio, staging the working table’. But, at that time, as he admits, his material approach was not literal enough, it contained too much parody, and the whole attempt got stuck in the conceptual. Above all that, the installation proposals lacked the necessary tools, without which the visitors could not really start to engage as candidate makers - tools that are becoming available right now, with the latest broadband technologies or interactive television, for example. He got interested in these new technologies, especially their potential for recovering a vision of things that may once have been common : cave architecture, unconscious vision, shifting sceneries of perception and behaviour, streams of consciousness. He felt the alternative approach he was looking for had to be, to some extend, a non-analytical approach. It is clear that, as a mediamaker, Stefaan Decostere is constantly looking for ways to intensify, involve and capacitate the ’user’. ’Use’, that is what new media are about : discovering and proposing new uses, and with the ’uses’, introducing experiment and development into the existing media practice. New media equal new uses.

From now on, television was no longer an option. "The question was no longer : ’to be or to be against’. That exactly was my condition before being erased. From now onwards, my being was being against. My situation was not a situation of isolation. Essentially and by way of accident, because it happened in the mid of internet-hype, when the web was being explored by thousands of kindred spirits. However, it was a situation, experienced by many others as well, of solitude. To quote Dieter Lesage : little remained but myself and the prosthetic environment of my networked pc that kept me going. But going where? And I wanted to go somewhere. I didn’t want to get trapped into the illusion of being productive, just by being online." In 1999 Stefaan Decostere founded CARGO, a context in which he could investigate the effects of new technologies on the ways we develop media, a context in which he could, once again, invite people (he worked with Paul Virilio, Henri-Pierre Jeudy, Geert Lovink, Arthur Kroker, Rosi Braidotti and Matthew Fuller a.o.) and try to develop productions out of contexts of ’world’, ’interactive environment’ or ’television’. In 2001, he started B.E.C.O.M.I.N.G: a series of workshops, in which new uses and horizons of media and technology were explored. For him, it not just about what you and I do with new media, but the effects of these uses in a greater context, socially, theoretically, artistically. In 2006 Cargo is, for the first time, acknowledged as a ’new media workspace’ and financially supported by the Flemish government. Since then funds for the Cargo ‘workspace” were stopped (already at the end of 2007).

In the next years Decostere presented some great collaborative installation work, such as ‘Warum 2.0’ , an installation-arena which was premiered in STUK/Leuven and shown again at v2, during the International Film Festival Rotterdam in 2009. In 2010 there was the city-project ‘RealTime’ (for Oostende Culture Capital of Flanders) – on both there is some blog info available via portal site www.cargoweb.org

Since 2009 he is mentor at the master of ilm at the Film Academy in Amsterdam and since 2011, Decostere is writing an experimental fiction and  preparing ‘The Wearable Archive’, an installation-event with the whole archives of s+Cargo, together with docents and students of KASK, Ghent.

(This text contains fragments from The Sandberg presentation by Stefaan Decostere and Margit Tamás, Amsterdam, 29 october 2004.) 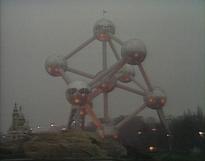 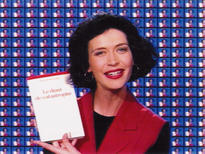 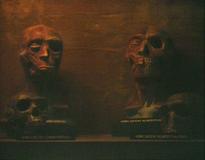 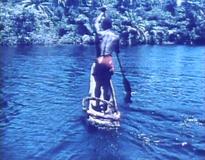 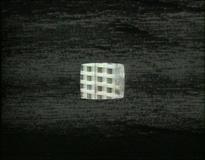 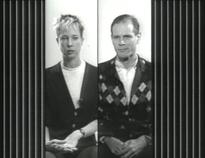