Nam June Paik was the instigator of the Fluxus movement, in Germany in the early sixties. In 1963 Paik first exhibited TV sets of which the screens showed distorted images. The TV screens reigned supreme. Paik moved to New York and was soon proclaimed the "George Washington of the video art"’. This documentary, a collaboration with scenario writer Chris Dercon, outlines the principal themes to be found in the work of this eccentric artist: Fluxus, prepared television, painting with television, time, memory and death, idolatry and sex, doubles and remakes. In the second part Paik’s own work Vusak NY (1984) is shown, a work of art specifically for television. Decostere produces a portrait which is at the same time a television piece about television, the design and the codes of visual language itself. 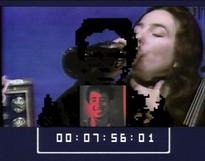 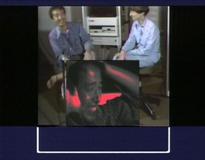