A portrait of Antoon Van Dyck, often called "the Mozart of painting". If there is an enigma about Van Dyck’s character, it is complicated by a scarcity of first hand accounts of him and the almost complete lack of letters by his hand. In the nineteenth century he was often cast, disparagingly, as Rubens’s brilliant but degenerate successor - effeminate, dissolute, irresolute. These are unwarranted slurs. As an artist he was a resolute professional who commanded considerable respect amongst his clients and fellow artists. He set a relentless work-rate, so much so that you could call him a compulsive worker, a ’workaholic’. In 27 years’ professional practice he turned out full-size paintings at an average rate of between two and three per month, not counting the preparatory sketches, studio copies and engraved prints that were made under his direction. 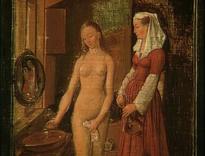 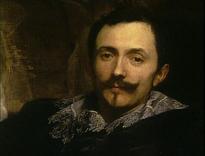 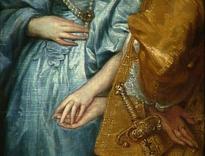 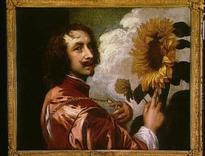