It’s hard to find any other Flemish (or even) Belgian filmmaker, whose work is more personal than that of Jan Vromman. Averse to common practices in video art, he follows a path of his own adornment. He adheres to an unmistakable folk idiom. His attachment to and passion for his village, his region, its languages, its religion and paganism, its mythology and banalities is continuously manifest in his work. Yet his work remains greatly varied, where eloquent simplicity and human warmth are combined with great technical skill, a spare but effective use of the video medium and a great sense of humour. Jan Vromman studied film at the Hoger Rijksinstituut voor Toneel- en Cultuurspreidingstechnieken in Brussels. He made his debut in 1986 with the precious De Zege van de Slang, crowned with awards at many video festivals in Belgium, France and Canada, and broadcast by various European television networks. Jan Vromman is a versatile artist. He channels his perpetual creative energy into his activities as a playwright, a theatre director, scriptwriter and video artist. His lavish quest in various directions led to his involvement in a wide variety of activities: assignments (for television, companies, unions…), some video installations, socio-cultural projects, documentaries, fiction-exploits, histrionics and multiple scenarios (realised or not).

Vromman is not consciously building an oeuvre, nor does he strive for some kind of recognisable style throughout his various works. He prefers to toy around with the means at his disposal. To him the project follows its own impulses. The circumstances of production are often improvised, and almost always very low budget. Collaborators are often paid friends (professionals and others). In the ultimate working process, creation (video, theatre) should be something like talking or singing. This is at once the explanation for why Vromman’s work does not allow for easy categorisation. The Belgian theme plays an important part in any video by Vromman. In his own special way he roots up the earth of his beloved Flemish polders. He does not look for his subjects in the exotic, but in his own world of experience, the scenery of his own street. To him the universe is intimate and local. Imagining is then equivalent to ’re-animating’ the daily; to make the things we have already seen, felt and heard so often visible, sensible and audible again. He returns to the basics of our culture. A folk interior crammed with kitsch and knick-knacks can ravish him because it’s an unwieldy, yet obstinate expression of a need for the beautiful.

To Vromman, beauty means the same as generosity, the need to give. On the other hand a need for grandeur and power are often a sign of ’wanting to own’, controlling. Though some realisations bear a definite political character and take a stand against modern capitalism and the free market, most works are more intimately committed. To Vromman this is a form of vitality. Art and doom-mongering go well together, but his work is not cynical or sarcastic. He looks for signs of resistance. Within the economical context in which film and television are being produced the artist looks for ways to stand free from this machinery without overly diminishing the work. Vromman links doing righteous deeds (deeds of beauty), to the resistance against standardisation, against monopolisation. Beauty demands susceptibility, opening up the sensorial apparatus. Breeding a thousand pigs in tiny boxes in a hypermodern stable can never be a deed of beauty. Beauty is anti-capitalist. In his four-hour documentary Zolang er scheepsbouwers zingen (1999), on the rise and fall of the Boelwerf shipyard, communication is more important than art. Social conflicts are a constant in Vromman’s films.

Whether it’s theatre, video, or literature, time and again we meet a similar concern for communication, the intimate quest for the subject matter, which coincides with the way it is represented. Making and watching video unhindered by preconceived dogmas, that too is his goal. Vromman starts from a reaction against what video art has become. No jugglery with images or technical fiddling, he wants to go back to the basics. Vromman’s video works are dominated by a degree of sweetness: attractive nature shots, domestic scenes, poetic still-lives and warm music. He respects the people on tape or on stage, and does not abuse them. "I don’t mean to shock the spectator in any way. I do not break down taboos. This is just an assessment, not a conviction. Sometimes I deplore my lack of ’toughness’, but a bird is known by its note and a man by his talk. This birdie prefers stroking to striking." 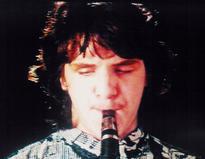 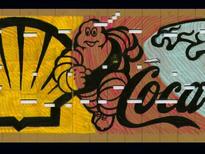 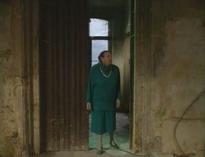 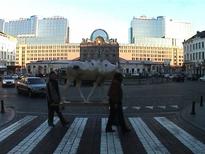