I LOVE YOU, MY WORLD

For this film, Jan Vromman found his inspiration in the construction works at the Atomium, Belgium’s national monument. In 2005, the Belgian government renovated the coating of the balls. Jan Vromman recognised the globe of the earth in one of the stripped balls. While the construction workers do their job, a young woman expresses the thought “I Love You, My World” by signing with her hands. During the entire film, the viewer is trapped in a round sphere and looks at the world outside of this bubble. This film is a love poem to labour and the world! 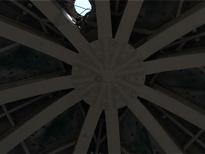 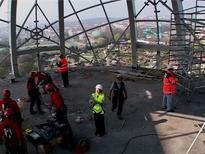 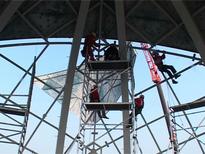 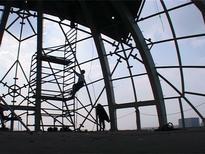 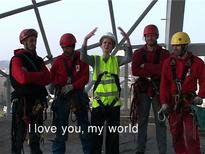 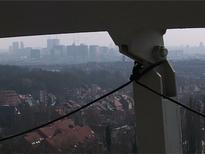