A simple but utterly moving ‘in memorium’ for 100 years of cinema as wel as 100 years of exploitation of the working class.

In 1995, it was exactly hundred years ago that the Frères Lumière made their first film, ‘Workers Leaving the Factory’: the birth of cinema. In 1995, the shipyard Boel in Temse, Belgium, closed down forever after constructing boats and sea ships for more than hundred years. While text runs over the screen, we see the workers gather for the last time ever. They are closing off a period of seven months of struggling and fighting back, unfortunately without any positive result: these workers did not only lose their jobs, but also their dignity.

The community that they were such an essential part of, lost an advanced industrial sector and a whole culture, forever. 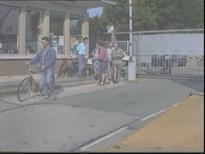 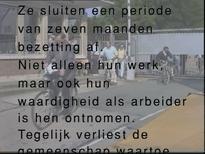 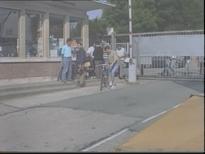