Herman Asselberghs is a Belgian artist whose work focuses on the questioning of border areas between sound and image, world and media, poetry and politics. He occasionally publishes on film and visual culture and teaches at the film department of Hogeschool Sint-Lukas Brussel. He lives and works in Brussels. The core of his investigation is the contemporary, complex relationship between image and identity, between seeing and being. The ubiquitousness of images – syntheses of language, discourse and looking – transcends the conventional notion that images merely serve as consumer products or information sources. Their continuous presence constitutes part of a new natural and man-made environment. In this sense, images need to be perceived more as interfaces that determine the structure of interaction between people and their environment. Images represent a technological intelligence that influences the way we perceive ourselves. The integration of these visual worlds in the construction of identity has implications that extend beyond the images themselves. We are no longer individuals, but hybrid personalities. Identity can no longer be placed in an unequivocal relationship to a specific place, object or person. It is no longer an essence; it is a continuous process. Very concerned by the questions of nation and identity, history and memory, Asselberghs founded Gojim 5.1 ‘Bureau of Identity Research’ (Gojim is the Hebrew word for non-Jew or foreigner) in the late 1990s, together with essayist and philosopher Dieter Lesage. Together and separately, they have published a series of articles on visual and media culture focusing mainly on the medium of television – “the memory box”. In November 2002, in collaboration with Els Opsomer and Pieter van den Bogaert, Herman Asselberghs spent some ten days in the Palestinian occupied territories, as part of ‘100 Artists in Palestine’, an IETM project. Aware of the inescapable visual terror produced by the media on a daily basis about the ‘Palestine-Israeli conflict’, each in his own way, he tried to grasp the complex realities that confronted them. Two years later, they gave evidence of their experiences in their book, ‘Time Suspended’. Another two years later, Asselberghs had the same text interpreted by Claude Wampler in the video ’AM/PM’. The images are anonymous urban scenes photographed by Els Opsomer, neither ‘here’ nor ‘there’. The urban panoramas are felt in a disengaged, inhuman motion, as if through a lumbering scanner, systematically reading the surface in slow motion. There is nothing to decipher or interpret in an image that has no other function than to be seen. ‘AM/PM’ makes room for thought, supports thinking and protects that thought from emptiness, by using simple forms, intentionally minimal and repetitive. You look at them until your vision is overwhelmed, until sight blinds itself. Asselberghs’ videos often stage contemporary myths and cult objects as the dissected Macbook in ’Beste Steve’ (2010), the YouTube footage of the 15.02.2003’s march against the invasion of Iraq in ’Black Box’ (2009) or the movie ’Avatar’ in ’Speech Act’ (2011). With an entomologist’s approach Asselberghs examines and questions our contemporary culture and media. Asselberghs practices a cinema of the possible, not one of reality. In a commentary on and a resistance to the tyranny of the absolute spectacle, which swears by transparency and nothing but transparency, he explores the spaces in between, where (conscious) being is still in full development, where hardening has not yet set in. He lets the viewers themselves give substance to the hollowing out of what might be possible, enclosed within the images of the world. 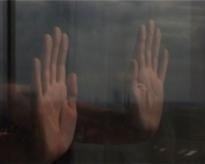 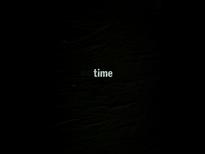 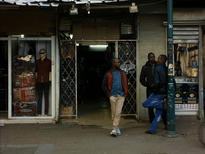