Herman Asselberghs (1962) examines the importance of identity and belonging, and the divisions that societies create. What marks out ’home’ in a migratory world, where the same television programmes are watched in identical suburbs in nameless cities? After his 2001 stay in Palestine, Asselberghs produced a.m./p.m. (2004), an attempt to express the emptiness of life there. Further exploring the concepts of ’inside’ and ’outside’, the title of his 2005 Proof of Life alludes to the diplomatic negotiating jargon used during the video recording of a live hostage situation. The border fence around Ceuta, a Spanish enclave in Morocco, constitutes a modern ’Iron Curtain’ between Europe and Africa, and forms the focus of Capsular (2006). Asselberghs’ Futur Antérieur (a.k.a. Disciples of the Heinous Path – Part 1: The Pain of Everyone) (2007) presents blackness. Altogether (2008) takes place in the post-1968 world and challenges the symbolism of flags, historical buildings and national capitals. Finally, his 2010 work Beste Steve literally deconstructs laptop technology. 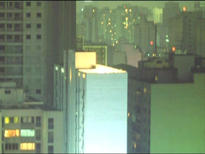 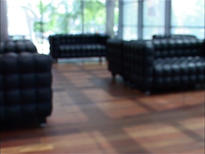