Under the Roman Empire, the limes corresponded to both a fortified - natural or artificial - limit or pathway that leads to new territories to conquer. Today, if capital, goods and services move freely on a global scale, many people are bounded by boundaries shaped by historical, political, economical, or cultural matters. Limes - Voyages de frontière is a selection of videos from the collection of Argos in which we travel in order to understand how the dividing line between ici et ailleurs - here and there, home and abroad - is perceived, represented and questioned.

Unfinished Histories is a programme initiated by Maria Iorio & Raphaël Cuomo in collaboration with Médiathèque - Fonds d’art contemporain de la Ville de Genève (FMAC) that takes the archives and the collection of the Centre pour l'Image Contemporaine [Centre for Contemporary Images, CIC], Geneva, as starting point to reflect on the relationships between past, present and future and between the real and the possible. www.unfinishedhistories.org 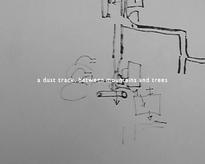 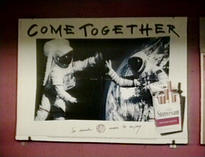