NOTES FROM THE CONFLICT ZONE - FROM PALESTINE WITH...

The mass media has been spewing out images of violence between Palestinians and Israelis on a daily basis for decades. Suicide attacks and reprisals follow one another in a stream of images which focuses on upheaval, conflicts, situations spiralling out of control and political negotiations which actually create problems or worsen the situation. Notes from the Conflict Zone gathers together impressions of artists from outside the region who talk about the impasse when they return from their stay there. Together they offer a counterweight to the canon of generic media reporting on the conflict. The artists adopt a consciously ambiguous approach. The critical distance of the programme-makers to the subject is conspicuous, which makes the works analytically highly charged. By adopting a reflective attitude – in various cases fostered by a personal relationship to the Palestinian struggle – the works throw up complex emotions and ideas concerning the Israeli-Palestinian conflict. The diversity of formal approaches is striking: from interview account, poetic portrait, film letter or diary to meta-commentary. 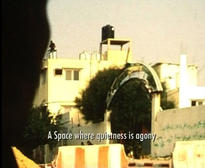 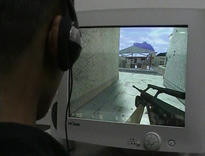 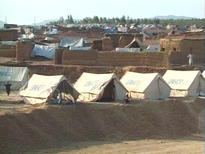 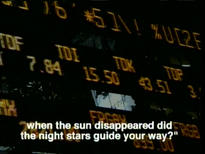 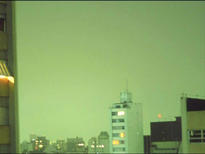