The interior of an open, empty space: the frontier between ’inside’ and ’out side’ is slight. The only sign of human presence is to be found as a voice-over: a male voice recalling horrifying TV-images, a popular disaster film, a long-term imprisonment. The title alludes to the diplomatic negotiating jargon used during the video recording of a live hostage. After a previous work, ’a.m./p.m.’, Asselberghs continues his search for a unique audiovisual approach, playing on the spectacle of mainstream media, commenting on it, countering it. Associative and suggestive (instead of formatted and explicit), the radical rift between sound and image reveals a film which needs to be listened to. A soundtrack to be seen. Or a still-life which could in fact be the viewer’s self-portrait? 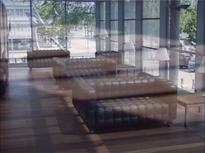 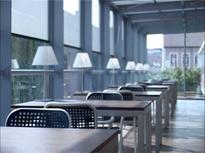 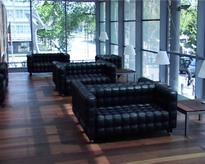