INTO THE WORLD, OUT ON THE STREET

argos was asked to compose a programme geared towards the central theme of an international colloquium: "From contextual art to new documentary practices: contemporary ways of social commitment in art". The colloquium is organised at Iselp spread out over three components: first of all a scientific programme surrounding general issues relating to social art and social commitment. Then, each day towards the end of the afternoon, a forum around and accompanied by artists. Finally, as an extension of these debates, a programme of film shorts, medium length and full features, presented from 9 am to 9 pm at various locations in the building (Rayon Art room, auditorium, exhibition rooms).

The political and social dimension of visual creation - its civil use of validating, disputing or simply questioning the system in place - has always been at the heart of artistic practices. Even today the multitude of shapes, practices and experiences pertaining to the domain of visual arts continue to question human society. These works concern issues that are relevant to the political domain--in the sense that Man is questioned about the way he relates to the citizenry and its organisation, the need for social commitment of the citizen-artist, up to the question about the social use of art, refuted by such fundamental convictions as participatory democracy, antiracism, alter-globalization, antifascism, the total denunciation of any instability or social aberrations that attack us. Els Opsomer and Laurent van Lancker map the discovery of a different Palestina, while questioning the preservation of human integrity in an area where violence is experienced in daily doses. Similarly, the work of Sarah Vanagt offers glimpses of a society, on the borderline between Rwanda and the Democratic Republic of Congo, in which the surreal and the imaginary keep merging, where the fantasy world of refugee children reflects chaos and death. In Friday, June 18, 1999, City of London, Charley Case witnesses the widespread rage against the capitalist system and the emergence of an alternative system out of the system, out of time. His works, like all the videos in this program, reveal great sensitivity to political and social debate and militate for a freedom of expression and total movement. 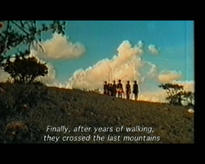 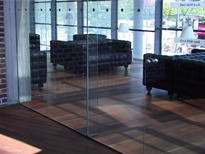 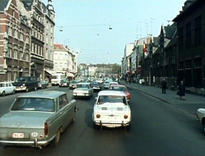