Since the Schengen Agreements were signed in 1985, the European Union ensures the free movement of people, goods, services and capital within its borderless zone - or so-called Schengenland. One effect is increased surveillance on the southern and eastern borders to prevent immigrants from entering European territories. In this respect, the Mediterranean sea has become a crucial geopolitical area which draws media attention, political debate and counterculture criticism. Often seen as an impregnable fortress, the European Union has created a fracture between North and South, ‘inside’ and ‘outside’, ’here’ and ’there’. In Buffer Zones, artists’ reflections follow this borderline and reflect on the paradox of Europe’s attitude towards immigration: Cyprus, Lampedusa and Ceuta are European territories, but their geographic positions turn them into (un)official buffer zones as they serve the purpose of keeping two (or more other) areas distant and distinct from one another. 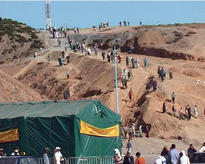 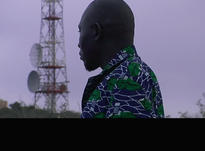