Pieter Geenen’s work consists of audiovisual impressions of physical space, in relation to time and duration. The landscapes, public spaces and fragments of ordinary life he films, seem to represent space, but only as a reference, a mere abstraction. Geenen searches for patterns and structures: human presence becomes small and anonymous. The world is presented as being in perpetual movement, from which only certain periods or sequences are seemingly captured to recreate reality, creating a sense of repetition and continuity, but also of stagnation.

Together with Sirah Foighel Brutmann, Eitan Efrat and Meggy Rustamova he's a founding member of Messidor, a platform for reflection on, and the production and distribution of moving images. 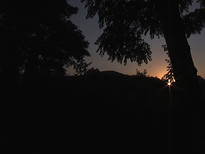