Orla Barry’s work is about language, both written and spoken. It is strongly poetic and lyrical, crossing a wide variety of media, evoking undercurrents of emotion and drawing on Irish disciplines of poetry and song. Orla Barry was born in Ireland and studied at the academies of Dublin, Belfast, and at De Ateliers in Amsterdam. Living in Brussels has intensified Barry’s relationship to her native culture and language and displaced her within it. Barry doesn’t limit herself formally to one technique: she is adept at drawing, photography, sound pieces and performance, and she sometimes allows these different media to flow over into one another. An interest in language stands central to her work; via frequently associative techniques she researches the semantics of her mother tongue and its cultural imbedding and implications. The rhythm of her phraseologies, the pictorial and narrative languages of her native country from which she draws, at times evokes the topography of her home country, its mental climate and its literary heritage. In this way she also applies the stream-of-consciousness tactic in her video work and stirs up autobiographical elements, without the presence of a specific story-line. This makes it strongly fragmented and makes it seem to have little structure in terms of content, although the form sometimes acts to the contrary. The wonderful advantage of Barry’s way of working is that the viewer is given much freedom. A margin remains, almost like an open reading, for dreaming in, fantasising or daydreaming, in-between the different, chopped off narratives. Rallying in between different genres -Barry employs the portrait, the monologue as well as the short story - Barry sometimes emphasises her verbal poetry in her imagery. Orla Barry regularly collaborates with other artists, among whom Els Dietvorst or the Potuguese Rui Chafes.

Argos editions published Foundlings, a book of photographs and texts, plus a dvd. 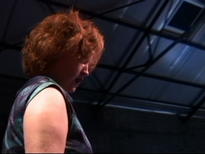 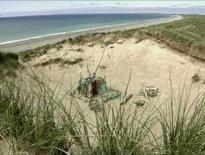 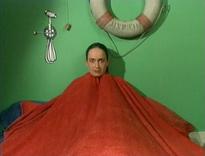 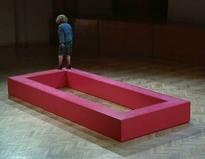 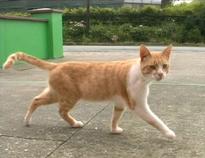