FACE TO FACE: SELECTED VIDEOS FROM THE ARGOS COLLECTION

The more importance a society places on individuality the more important the face becomes. In the West, historically speaking, the process of individualisation and the existence of portraiture go hand-in-hand. But also ID photos, the photographs of loved-ones people carry around, or – more recently – Facebook; everything seems to indicate an identity, or a one-to-relationship between image and the person pictured.

In post-modern society, in parallel with the evolution within philosophy and the social sciences, that has radically called into question the obvious nature of individuality and subject, the direct and obvious link between the portrait and the portrayed becomes problematized. The complex relationship between the image and the person pictured – very pronounced in the case of the portrait – serves as a source of inspiration, as well as research territory for artists today.

Face to Face is a collection of video works based on the theme of ‘face’. It comprises of films and videos in which you, the viewer, are looked at head-on, mainly through close-ups. The problematization of portrait and identity are central. Interwoven are the notions of internality and externality, and the reciprocity between looking and being looked at. Or the face as an ephemeral phenomenon: something characteristic and identifiable – present, as well – but continually in retreat.

The portraits conduct a dialogue with one another, and video art’s recent past comes into contact with its less recent past; Online Blogger with TV Man. But there remains one constant: in none of these works are the filmed heads simply ‘talking heads’, uncomplicated transmitters of clear messages. However different every one of the works is, each questions its own presence – in that precise medium – and thereby, at once, the presence of the viewer, staring at a flickering screen. 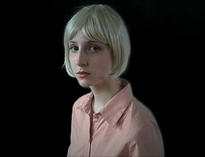 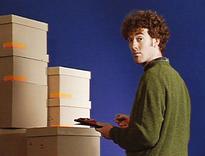 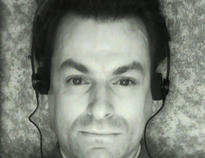