Aglaia Konrad formerly worked as an advising researcher with the Jan Van Eyck Academie in Maastricht (The Netherlands). Aglaia Konrad makes pictures of urban space in the globalized environment. She aims her photo and video work at urban development of world cities spread over the five continents. Her work should be considered as a form of visual research. Over the years she brought together an enormous archive of images shot in such diverse cities as São Paulo, Beijing, Chicago, Dakar, Tokyo, Cairo and Shanghai. She draws from this reservoir for her exhibitions and in so doing, the immaterial reality of the images often coincides with the material reality of the exhibition space.

Up until now Konrad has been best known for her photographic work and her spatial interventions. Her work has been shown, among other places, in Roth Horowitz (New York), White Cube II (London), the Architektur Zentrum (Vienna) and during Documenta X (Kassel). 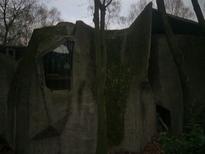 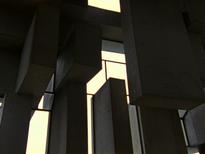