Jacques Lennep was educated at the Université Libre de Bruxelles as an arts historian and from 1965 onwards he was active with the Koninklijke Musea voor Schone Kunsten (Royal Museums of Fine Arts). He published several scientific works, among others about hermetic iconography (Art et Alchimie, 1966). In 1972 he founded the CAP group – as a self-declared “part-time artist” - an artist’s collective for which he put into words the principles of a ‘relational’ aesthetics, influenced by structuralism and the theories of Umberto Eco, Roland Barthes, Louis Marin and Pierre Restany, within the framework of a social perspective. The imaginary, according to Lennep, works according to a symbolical pattern of “correspondences” – to make use of a term derived from the Symbolists and Surrealists. Any artistic act is necessarily the product of “relations”, in the same way as perception is controlled by an associative network of relations. Only out of this understanding art can develop in all of its dimensions, not as a definitive truth or a universal judgment, but as a relational and a relative reality.

Ever since Lennep’s research has been concentrated on art as a language and a structure, on the way in which art is perceived and the relation between art and society. His group, which also included Jacques Lizène and Jacques-Louis Nyst, was the first in Belgium to experiment with video. Later on Lennep systematically made use of video for his project Musée de l’Homme, in which he exhibited real people. In doing so he made an apology of individual mythologies in a sociological perspective. Various types were used as models, among them a country woman, a collector of the arts and an orchid grower. The result of these encounters each led to an individual exhibition. In 1977 for instance, he exhibited Ezio Bucci in the Paleis voor Schone Kunsten (Palace of Fine Arts) in Brussels. Bucci is a football fan: his house and his motorcycle, his clothes and his hair: everything has the colours of his football club.

Lennep gives indications which are revealing relative to specific codes according to which thinking patterns and communication work, and at the same time he raises complex questions on the meaning of art, the relationship between art and museum and the meaning of creativity. He aims towards a demystification of the perception of art and its system of references, as well as a revalidation of the aesthetical value, but in his work mankind always takes up a key position. Making use of a variety of techniques and media his first intention is to achieve communication, participation and integration, to het a hold of the spectator through the fascination emanated by his work. He wants to condition the environment of the spectator, but at the same time he expects the latter to look for the atmosphere of the work spontaneously. “Au lieu d’être un miroir du monde, l’oeuvre fut un miroir d’elle-meme”, as he puts it, he tries to break through a self-defiling hermeticism and an ivory tower attitude by shifting the notion of ‘homo ludens’ to the artistic environment, hoping that “l’honnête homme” will get in touch again with certain aesthetical forms.

Towards the end of the seventies Lennep distances himself from the video medium, devoting his attention to painting: “La peinture, à un autre titre que la photograpie, est un acte technique producteur d’images. L’essentiel tient plus à cette fonction qu’à sa nature. Selon sa spécificité, elle peut concourir à la projection de l’image totale qui n’existe qu’au seul niveau conceptuel, éparpillée au gré des subjectivités". During the following years he makes a series of “sérigraphies thermo-formées”, mobiles, objects, collages and magnetic variables and also his “devoirs quotidiens” (daily work) – a diary published as a book and a CD-ROM, with drawings, pictures and texts, which he has been keeping since 1986. Whatever medium he makes use of, Lennep ‘s body of work is always related to a new definition of ‘art’, beauty no longer being an exclusive criterion, so that the work is no longer perceived as an object of contemplation, but also as a means to commit themselves, a way to an expressive totality. Contemplative art shifts towards participative art, in order to achieve – possibly – a more fully-fledged way of perceiving. 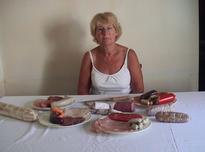 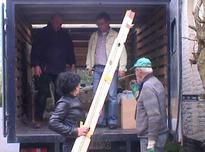 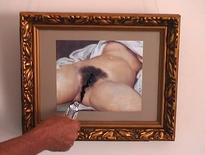 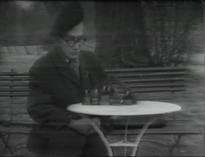 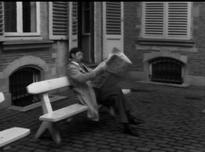 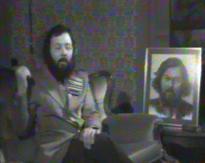