In his ‘relational’ video work Lennep investigates into art as an idiom and a structure; how to perceive art and the relationship between art and society. ‘Vidéo-fil’ is a recording of a performance. During a first act Lennep draws an uninterrupted, squiggly line on his face, with a black felt-tip, after which he envelops his head with tape. Then he –seemingly- scrawls all over the recording video screen, making it all blurry. During the following act these same images are shown on a TV-screen, meanwhile Lennep wraps the device with a cord. Finally, the camera focuses on Lennep, watching the images in question, apparently reproducing themselves endlessly, deeper and deeper inside the image. A text appears on screen, inviting the spectator to repeat his actions. Lennep points out a symbolical pattern of ‘relations’ inherent to any artistic act. Each relationship allows for various readings, referring in their turn to a reality: mythological, social, and artistic. 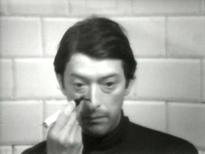 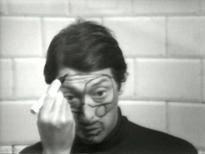 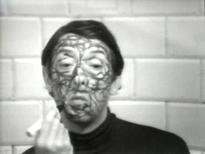 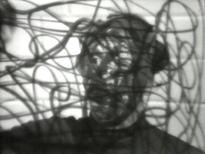 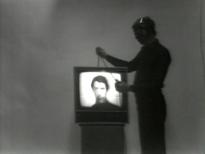 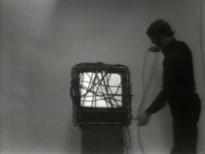