Angel Vergara grew up in Brussels. His body of work contains a wide range of media and disciplines, including performances, drawings, paintings, videos and installations, and a bar. Audiovisual material plays an important role in the majority of Vergara’s exhibitions, as well as making up a substantial part of his work. The material deals with performance recordings, parts of video and other installations, and autonomous film and video work. A continuous cross-fertilisation between art and life is a major constant, with additional focus on the particularity of the artist’s position. The oldest audiovisual material by Angel Vergara dates from the late eighties. In his Peintures filmiques, Vergara mainly filmed scenes and elements from his own social and artistic background. At the same time, Vergara adopted a subjective perspective towards a heterogeneous spectrum of social and artistic topics (a shoemaker at work, an office building, Marcel Broodthaers’ tomb) through simple editing techniques such as accelerating images. A few years later, Vergara created his Films actions, a series of recordings of performances in which his alter ego Straatman, a figure seen sitting underneath a white canvas in a public space, is introduced. Through the figure of Straatman, Vergara expresses himself as a kind of medium to a social and cultural background. In contrast to this, he increasingly relates himself to media images he appropriates as an artist in his autonomous video work. In the mid-2000s, he started creating videos in which he follows the shapes and lines of reality with a brush, as if the image were a pallet of paint. Sometimes this is staged in public, with Vergara walking around with brush in hand, tracing the outlines of people and objects around him and thus socially interacting with his environment. The same act is performed in an already mediatised ’reality’ – when Vergara marks his appropriation of existing media images with the same gesture of painting. In several of his films, we observe Vergara tracing different media images, including pictures, television images and paintings. Additionally, the artist applies his brush to a glass plate placed between the cinematic reality and the camera, as if all of this were his pallet. Vergara’s work reveals the essential tension which the artist exposes himself to from the moment he starts to create. He functions in a world in which he needs to define his own position, in the sense of making it secure without it becoming absolute. To this end, he constantly engages in dialogues with other artists and works of art; according to him they are equal parts of the reality (or realities) he approaches as an artist and in which he acts as an artist. Moreover, the act of ’securing’ his position as an artist is not simply an abstract concept. The white cover which Vergara’s alter-ego Straatman hides under does not only refer to the whiteness of a canvas, but also to whiteness that grows dirty, or that disguises something that must be concealed from the eye. When Vergara interacts with (mediated) reality, he himself often fills a social or economic function, through which he explores the boundaries of the artist’s role. Over the course of his career he has already created spaces such as a shop or a bar. In his audiovisual work he also refers repeatedly to historical examples of artists taking on an explicit political role. In the videos of the exhibition he created with Argos in 2010 (Monday: Firework; Tuesday: Illuminations; Wednesday: Revolution, 2010), historical artistic personalities such as Gustave Wappers and Antoine Wiertz play a central part. Vergara reminds his audience that these artists assumed on a social and political role. In his own work, however, he prefers to occupy the position of mediator introduced by Gustave Courbet. This role, usually assumed by modern art, does not exclude him from adopting a critical position. Thus many of his audiovisual works include apparent clues as to how Straatman perceives the world around him. He bleaches the images he has filmed through digital techniques, which are neither high-tech nor subtle. Vergara belongs to a generation of artists for whom accessible and cheap media technology – available to everyone – also embodies a universal artistic ideal. Nevertheless, the actual creation remains a private process: Vergara sits alone underneath the canvas, and he also paints alone. On one of the rare occasions when spectators were asked to join him in a performance, they were dressed up as dogs (Enfin unis, instruits et libres, 2007). Through his frequent performances in an artistic context and interviews of other figures in the world of art, Vergara reveals himself as a chronicler of the Belgian art scene, paying considerable attention to local participants. In Enquête: comment libérer les artistes libres, (2002-2004), an impression of the former art life of Brussels develops through the answers of various, mostly local artistic participants, including curators and a teacher of a local academy. However, when he is exhibiting in Spain, he also digs into the political, social and cultural history and topical issues of the country (El perdedor social e inútil cultural, 2010). All of this makes Angel Vergara’s work pre-eminently contextual, without this endangering the subjective input of the artist. 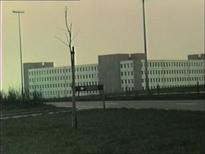 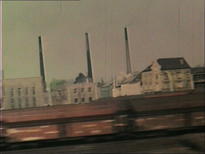 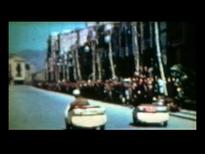 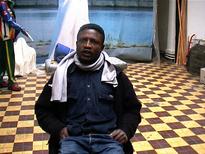 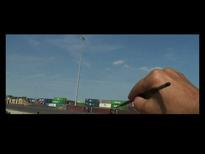 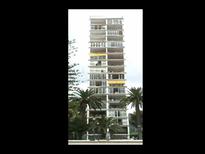