’J.H. The Art System’ is an edited photo series of a performance by Vergara, disguised as Jan Hoet, when he was celebrated as a retiring director during the five-year anniversary celebrations of SMAK, the City Museum for Contemporary Arts in Ghent. Among the prominent crowd of curators, museum directors, culture ministers and artists he assumes the appearance of the icon-turned-caricature, pointing out the absurdity and emptiness of the etiquette and codes of the arts system. 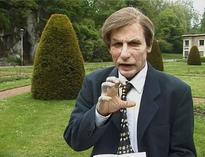 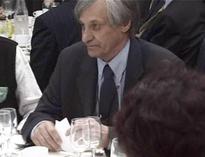