An associative mosaic of tiny instances in images and sound, zapping from east to west, from Belgium to Tunisia, from France to Israel, Morocco or Yemen. A reflection of everyday reality. The video shows an important step in the evolution of Ria Pacquée’s earlier work, where she headed out into the streets with a camera, arranging her images around formal elements. This resulted in visual/audial puzzles : passing images of lines and colours; shadow and light; wind and sand; amalgams of random fragments, combining into a meaningful whole. Our perception of reality as a totality, afterall, is always to a degree illusory. It is confined by the viewpoint we chose – the location – the place in which we live. Every expression of sight and sound as lived experience. All we see are fragments of the whole, out of which we construct meaning. In the work of Ria Pacquée the relational and the accidental converge. In this video Pacquée quotes from the French author and philosopher Edmond Jabés’ The Book of Questions. She sees life as not about knowing and understanding, but as about the liveliness, which enables us to reach out to one another – the rest is merely an appearance of the moment.

Filmed in Belgium, Morocco, Israel, France, Tunesia and Yemen. Sound recorded on the street in Yemen, Morocco and Jerusalem (2004-2005). 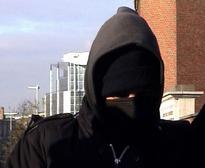 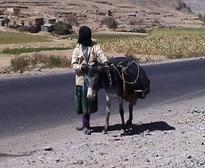