Claudio Pazienza was born in Roccasalegna (Italy) in 1962. One year later he came to the Belgian province of Limburg. His father Carlo was a miner and his mother Gina was a housewife. Claudio is the second of five children. Growing up in this mining region, he attended the schools created by Italian missionaries. The morning classes were given in Italian, and the afternoon ones in Flemish. He went on to study at the European School in Mol, where he completed his secondary school education in 1979, specializing in Latin and Mathematics. At the age of 13, he received a precious Nikon FM (a 35mm, single-lens reflex camera). Although fascinated by militant cinema and radical movements in Italy at the end of the 1970s, he chose to study at the French-speaking and very secular Université Libre de Bruxelles (ULB). He developed his interests in sociology and anthropology, and studied in the faculty of art history as well. In the early 1980s he often visited the Royal Film Library and became involved in amateur theatre. In 1985 he obtained a degree in European Ethnology. In his master’s thesis, entitled ’Structures narratives en œuvre dans les contes facétieux de G.F. Straparola’ (’Narrative structures applied in the facetious stories of G.F. Straparola’), he analysed a series of medieval fairy-tales, applying the tools of semiology. In his student years he discovered cinema, buying a Beaulieu Super 8 and making – self-funded – the first sequences of what would become a feature film (’Sottovoce’ 1986/92). Since 1987 he has realised fictional short films, created two thematic evenings for ARTE – ’La Belgique, le pays où Icare s’est noyé’ (’Belgium, the country where Icarus drowned himself’, 1997) and ’Tout sur la bière’ (’Everything about beer’, 2000) - as well as diverse documentaries. In 1997 he established and directed an animation film festival (Matita Film Festival – Guardiagrele, IT). He continued filming and set up his own production company (Kòmplot films etc. sprl). He teaches history of cinema at La Cambre in Brussels, and he regularly directs the production studios ESBA (Genève), LUSSAS and FEMIS (Paris). He has been a member of several judges panels (Centre du Cinéma, Brussels; Brouillon du Rêve – SCAM, Paris). He is a father of two, Oscar and Raoul. 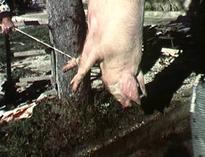 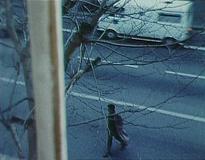