If the first part of the exhibition project Si tu veux voir le monde, ferme tes yeux presents original footage that refers to cinematic the cinematic technics and experience,the second part explores how contemporary artists deal with found footage images. In filmmaking, found footage is the use of footage as a found object, but this practice has been largely exploited by video artists. The potentiality of this practice allows to investigate a multitude of themes. Partly related to cinema history, partly in relation to the notion of storytelling or to our society, the exhibition presents a kaleidoscope of images and sequences that belong to our collective memory, but at the same time they force the spectators to question social stereotypes, cinematic norms and models. 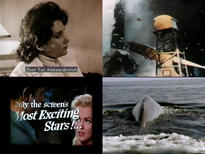 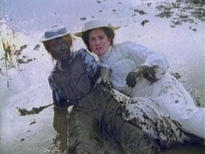