"Cinema, Cinema, Cinema. The three things that can make us see the world like we want to see it, the way it is and the way it can be", Alfred Hitchcock once said. Precisely this perceptual ambiguity, the multiple layers of reality involved in the moving, time-based image, incited Bernard Gigounon to start using the video medium. Before that moment, after his studies at the Department of sculpture in Ensav-La Cambre (Brussels), he mostly made sculptures based on traditional materials like metal and wood. But even then, his work was based on a fascination for the tiny, apparently trivial aspects of our everyday lives, from which he tries to draw magic and poetry.

It has been said that cinema is in essence a special effect. The video work of Gigounon reduces that notion to its minimal essence: cinema as an illusion, created by the manipulation of images in time. He does not create this effect with advanced, multi-dimensional digital technologies, but rather through simple, transparent magic, referring in several respects to the optic fantasies and the ‘persistence of vision’ techniques from the pre-cinematic age. But this is not about the simulation of reality through optical illusions, or the creation of immersive ‘scripted spaces’, but rather amazement itself, purposely allowing oneself to get carried away by the unreal, the surreal, the deviant. In an age when our outlook on the world is constantly mediatized and determined by all kinds of special effects, Gigounon carries us back to a proto-cinema: the experience of a train journey, the amazing effect of a cuckoo’s clock, the projection of a magic lantern. He uses video as an instrument to recreate everyday life, to tilt our perspective through a 'suspension of belief' into an enchanted reality.

Fantasy worlds are always there, anywhere, just like images, the only thing we need to do as a spectator is to allow our imagination to run free. Gigounon gives us a boost to let go of trivial reality, even if just for a while. This results in tiny phantasmagorias, like Jour de Fête (2005), in which skyscrapers seem to free themselves from their foundations, recreating the Brussels’ skyline into a setting for an elegant fairy dance accompanied by euphoric applause. Or Starship (2002), a visual investigation of a passing ship, which turns into a weird and estranging object through the juxtaposition of its symmetrical reflection. The work of Gigounon supplies a key to our imagination, even though we have to create the opening ourselves – a reflex slowly rusting away. The simulation of reality, in television, cinema, 3D games, encloses our reality more and more tightly, it breaks through our perspective and undermines the experience of astonishment.

Gigounon makes us believe again: in the stop-motion animated images in Cascade (2001) or Interlude (2001), in the unreal, chronology-defying stunts in Héros (2001), in the tiny airplane, stuck to the train window in Remèdes à l’ennui (2000) – shooting past, skimming over the treetops, always defying our lack of imagination.
Magic is often the result of convergence, of unexpected associations between one image and another, between a voice and a character, between image and sound. In Standing Ovation (2001), originally part of a concert by Martha Argérich, a fragment from Jean Renoir’s Une partie de campagne is extracted and inserted into a new context, of time and sound. The backward travelling of a landscape in the rain is given new meaning on the sounds of a roaring applause. In Prélude n°3 (2003) Gigounon plays a graphical game with musical onomatopoeias, dancing and interacting within the confines of the white screen. The minimal chords and melodies of Debussy’s Prélude N°3, connected more by logic than by surreal observation, are given a visual counterpart in a pallet of coherent letters, constantly moving, shifting colour and size. Just like the composer paints an impressionist musical world with warm notes and tone colours, Gigounon creates a language of his own from sterile, achromatic graphical elements, in which the letters don’t merely derive their existence from the music, but their meaning as well. Gigounon isn’t merely a visual artist, he is a composer as well. Like Debussy he is looking for suggestion instead of description. Like Debussy he collects tonal compositions of everyday observations, parallel visions not merely transcending reality, not even resisting it, but rather liberating and poeticising it. 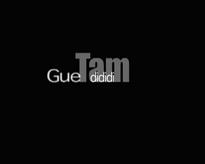 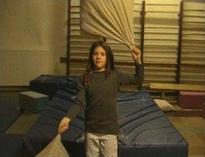 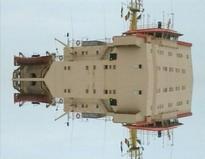