Wolf Vostell was born in Leverkusen, Germany, and put his artistic ideas into practice from 1950 onwards. In 1953, he began an apprenticeship as a lithographer and studied at the Academy of Applied Art in Wuppertal. Wolf Vostell created his first Dé-collage in 1954. In 1955-1956, he studied at the Ecole Nationale Superieur des Beaux Arts in Paris and in 1957 he attended the Düsseldorf Academy of Arts. Wolf Vostell's philosophy was built around the idea that destruction is all around us and it runs through all of the twentieth century. He used the term Dé-collage, (in connection with a plane crash) in 1954 to refer to the process of tearing down posters, and for the use of mobile fragments of reality. His first Happening, Theater is in the Street, took place in Paris in 1958, and incorporated auto parts and a TV.

In 1958, he took part in the first European Happening in Paris and he produced his first objects with television sets and car parts. He was impressed by the work of Karlheinz Stockhausen, which he encountered in 1964 in the electronic studios of the German radio station WDR, and in 1959 he created his electronic TV Dé-collage. It marked the beginning of his dedication to the Fluxus-Movement, which he co-founded in the 1960s.

Wolf Vostell was behind many Happenings, in New York, Berlin, Cologne, Wuppertal and Ulm among others.In 1962, he participated in the planning of the Festum Fluxorum, an international event in Wiesbaden together with Nam June Paik, and George Maciunas. In 1963 Wolf Vostell became a pioneer of Video art and Installation with his work 6 TV Dé-collage shown at the Smollin Gallery in New York, and now in the collection of the Museo Reina Sofia in Madrid. In 1967 his Happening Miss Vietnam dealt with the subject of the Vietnam war. In 1968, he founded Labor e.V., a group that was to investigate acoustic and visual events, together with Mauricio Kagel and others.

Wolf Vostell was the first artist in art history to integrate a television set into a work of art. This installation was created in 1958 under the title Cycle Black Room is now part of the collection of the art museum Berlinische Galerie in Berlin. Early works with television sets are Transmigracion 1-3 from 1958 and Elektronischer Dé-collage Happening Raum,(E.D.H.R), (Electronic Dé-collage Happening Room), an Installation, from 1968. In 1974, his first major retrospective took place in the ARC 2 at the Musée d'Art Moderne de la Ville de Paris, an expanded version of which was shown at the Neue Nationalgalerie, in 1974. Wolf Vostell's automobile-concrete-sculptures made from cars and concrete are to be found in Cologne Ruhender Verkehr (Stationary traffic) from 1969, in Berlin Beton Cadillacs(Concrete Cadillacs) from 1987 as well as VOAEX (Viaje de Hormigón por la Alta Extremadura) from 1976 in the Museo Vostell Malpartida at Malpartida de Cáceres, Spain and Concrete Traffic from 1970 in Chicago. Wolf Vostell also gained recognition for his drawings and objects, such as images of American B-52 bombers, published under the rubric capitalist realism and as a result of his inclusion of television sets with his paintings. Nam June Paik and Wolf Vostell were both participants in the Fluxus movement and the work of both artists involved a critique of the fetishization of television and the culture of consumption. The catalogue raisonné; of his screen prints and posters has been published in the Nouvelles de l'estampe by Françoise Woimant and Anne Moeglin-Delcroix in 1982. In 1992, the town of Cologne honoured Wolf Vostell with a major retrospective of his work. His pieces were distributed over 6 exhibition venues: Stadtmuseum Köln, Kunsthalle Köln, Rheinisches Landesmuseum Bonn, Kunsthalle Mannheim, Schloss Morsbroich Leverkusen and Städtisches Museum Mülheim/Ruhr. Under the artistic direction of David Vostell, the documentary VOSTELL 60-RüCKBLICK 92, (VOSTELL 60-REVIEW 92) was created. Wolf Vostells grave is at the Cementerio Civil de la Almudena in Madrid. 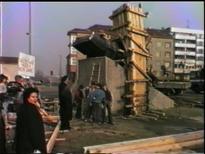 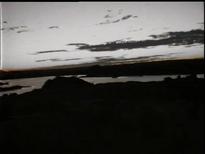 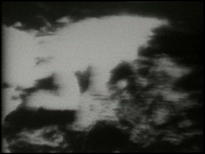 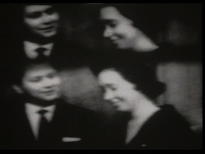 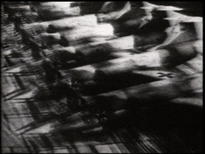 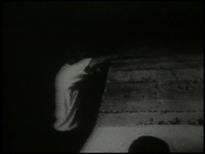