Often Vostell recycles images for his videos, like for '20 July 1964 Aachen', when a dé-coll/age happening was organized at the Technical University of Aachen. The date coincides with the anniversary of the failed attempt to kill Hitler. The happening itself involved a festival of new music and a protest against totalitarian structures. Various artists partic- ipated—Joseph Beuys, Robert Filliou, Emmet Williams and Wolf Vostell—who performed a variety of actions, fragments of which are repeated with some insistence in this video. (Berta Sichel) 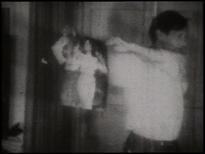 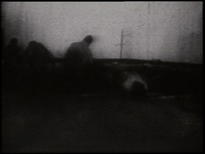 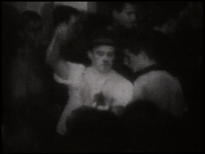