Das Begräbnis der Sardine ("The Funeral of the Sardine") is one of Vostell’s more traditional experimental videos within the context of Fluxus. This film, produced in 1985, transcends the borders between documentary, performance and video art. A procession with five women, dressed in nothing but a traditional Spanish black veil, is taking place on the Spanish countryside. They follow a turtle’s path and touch the animal ceremonially. This film is an allusion to Francisco Goya’s eponymous painting “El entiero de la sardina”, which depicts an annual Spanish ceremony to celebrate the end of carnival season and the beginning of Lent on Ash Wednesday. During this ceremony, a sacrificial sardine is buried after a procession. 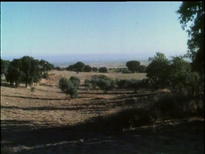 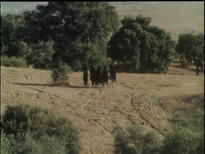 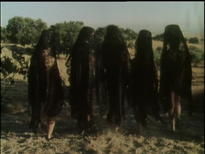