In his visual work, his installations and his videos Jos De Gruyter uses a twisted sense of humour to give an outline of situations and characters on the verge of alienation. Mostly he works with the medium of video, often in collaboration with Harald Thys, but he also makes work on paper: drawings in pencil and/or ballpoint of simple, somewhat unworldly and often endearing characters. The audiovisual work of De Gruyter also evolves around these characters. Similarly to the videos he makes with the artist Thys, De Gruyter isolates his characters in their own, idiosyncratic universe, which appears to be shut down from the ’real’ world. Contrary to the work of De Gruyter and Thys, De Gruyter_s solo work is less based on the formal aspects and conventions of narration and theatre. De Gruyter’s videos rather start from political events and social evolutions. He expresses them in the adventures of fictitious characters, gaining in their turn in authenticity and credibility because of their trivial, familiar reflections and acts. This balancing between reality, current affairs and fiction is accentuated by De Gruyter by his distant, almost documentary way of filming, reminiscent of the format of a talk show or reality soaps.

Jos de Gruyter studied at the Sint-Lukas institute in Brussels and the Rijksakademie in Amsterdam. His work has been shown, among other places, at the galerie EOF (Paris), de Singel (Antwerp), the Middelheim Museum (Antwerp) and the Kunsthalle Basel.

Beside his solo work, Jos de Gruyter has since the second half of the eighties also produced visual work, works on paper, videos and sound art in collaboration with Harald Thys. Even though the artists are best known for their audiovisual productions, these works are inextricably bound up with their realisations in other media. Their whole body of work is characterised by burlesque friskiness and an almost childlike simplicity with humorous effect; nevertheless it always embodies a dark strand of paradoxical emotions or critical reflections. 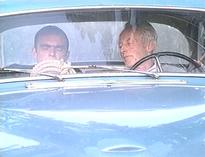 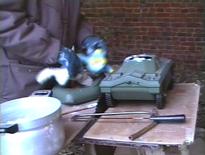 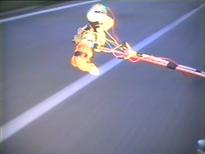 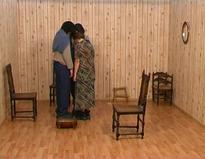 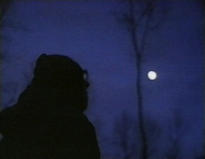 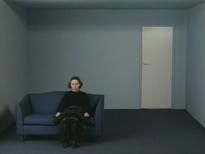