'De Vergeetput’ is an observation of the vast basement compound of the arts centre De Singel in Antwerp, made at the instigation of curator Moritz Küng for the exhibition ‘Urban Dramas’. This exhibition displayed works in which the city was approached as a vehicle for fictitious as well as realistic stories. De Gruyter and Thys are in pursuit of a dramatic tension within the basement, where they filmed dark corners, unknown objects and bleak stairwells, and in which the people who work there are reduced to a domestic species, covered in plastic, seemingly occupied with incomprehensible and suspicious acts. 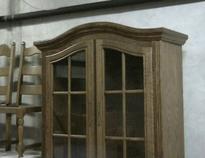 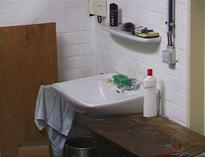 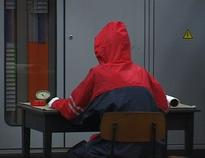