Boris Lehman was born in Lausanne shortly after his Jewish parents fled Nazi-occupied Belgium. He began his studies in piano, before studying cinema at the Institut National Supérieur des Arts du Spectacle (INSAS) in Brussels between 1962 and 1966. He is a staggeringly prolific artist. He has produced around 400 films, many of which have never been released. They include short and long works, documentary and fiction, essays and experiments, reports, autobiographies and works that seem to create themselves. He works mostly with 8mm, super8 and 16mm film, and produces and directs all his own film. He also films most of them himself, which lends an intimacy to interviews and presentations. Many of Lehman’s works incorporate friends, fellow film-makers and other acquaintances – as performers, interviewees, or objects of observation. Belgium and Brussels infuse his work, and many evoke a searching for home, both his own search, and that of characters real and fictional. His 1990 work ’A la recherche du lieu de ma naissance’ allows the viewer to accompany Boris Lehman on a deeply personal journey to explore the circumstances surrounding his birth, while the links between self-identity and place are explored in his ode to Adrienne, who lived in Iran with her husband for fourteen years, and in his semi-autobiographical piece ’Babel’. There is no distance between film-maker and viewer, between the camera and the lives it examines. Lehman invades the personal spaces – the living room, the artist’s studio, the photograph album. Contrasting with this intimacy is an almost ethnographic note, brought in by the way the personal becomes the universal.
Between 1965 and 1983, Boris Lehman worked with the Club Antonin Artaud in Brussels. This unusual centre in the Béguinage quarter of Brussels is a non-profit organisation established in 1962 by a group of patients searching for an alternative to hospitalisation for psychiatric conditions. Run as a day centre, visitors engage in creative projects to develop confidence, social relationships and the ambition to move forwards without relying on society. Lehman used cinema and drama as a form of therapy there, and filmed the work of a group in his 1973 piece, ’Ne pas stagner’, which records a work created and performed by visitors to the centre, dealing with the need to leave the shelter of the club and face the wider world. Lehman’s work with people struggling with themselves has informed his films, for instance ’Babel’, which examines loneliness, and the experience of leaving and returning, and refers specifically to the life and dramatic philosophy of Antonin Artaud.
Boris Lehman has also been a founder and supporter of other film-related associations, including Cinélibre (now Cinéart), Cinédit and l’Atelier des Jeunes Cinéastes (AJC). Lehman is also a well-established film critic, publishing reviews and other articles in papers including ’Clés pour le Spectacle’, ’La Revue Nouvelle’, ’Vidéodoc’, ’Cinergie’, ’Cartes sur Cable’, ’Rue des Usines’, ’Art-Press’, ’Galerie Magazine’, ’Vertigo’, ’Purple journal’ and ’Zeuxis’. He has also acted in, assisted and co-written a number of collaborative works with Belgian film-makers including Chantal Akerman, Saly Szlingerbaum and Henri Storck. 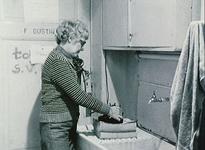 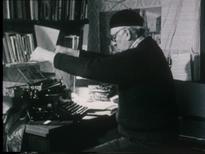 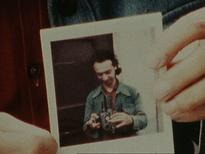 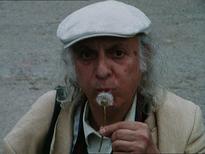 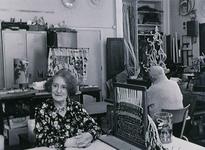 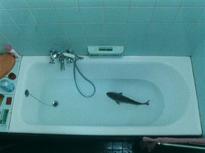