Boris Lehman made the film Album 1 in 1974 for the first Festival National du Film super 8. At the time, Super 8 was a video format that was mainly used by amateurs, yet as such it was to play an important part in democratization of cinema.
Thus, in 1974 the festival management invited a number of professional film makers to make a Super 8 film. Because amateurs were banned from submitting holiday and family films, but professionals were not subject to such limitations, Lehman decided to make a family film.
In July and August Lehman filmed 150 individuals in and around Brussels, and he himself was filmed by the same persons.
Like in a kaleidoscope relatives as well as friends and strangers pass the eye of the camera. Lehman turns out to be a master of the subtle montage, but in his editing also affinities with film-makers such as Jonas Mekas become visible. The soundtrack consists of both piano music and fragments of text by Lehman and quotes by William Burroughs and Henri Michaux. 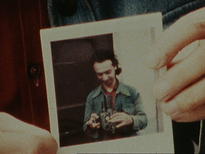 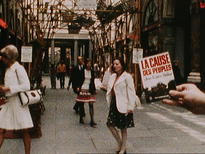 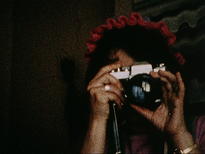