"This movie is a gift.
A gift for a lady.
A lady that I love and who loves me in return.

Adrienne is not my mother. She is not Jewish.
She is 77 years old, about the maximum age allowed to read the adventures of Tintin.
I met her five years ago at Edouard’s place, a friend from whom I wanted to borrow a smoking, for the occasion of the gala night for my movie Leçon du vie at the opera house.
She came to see that movie and then the others, and we began to meet on a more regular basis. This woman is extraordinary, young‑minded, very dynamic and always ready for new experiences, in spite of her age. One evening she invited me to have dinner at her place and, after the meal, she began to tell me a Persian story. I told her I was very interested to come film the next week. She thought I was joking because in the years before people told her the same as I did, but nobody ever showed up. I kept my word though. The story was filmed completely and we added some Iranian music to come to a great result. The very talented, professional musician traveled from Paris to Brussels every day just for the occasion. Afterwards, Adrienne appeared in several movies of mine. At a certain time I even wanted to dedicate a portrait to her: Adrienne from A to Z.
A comme Adrienne was filmed last summer, in just a couple of days. It could also be titled: My life is a story: between the old lady that “loves to please” in Babar and the Old Lady that is Bertolt Brecht unworthy, Adrienne profiles herself as a gentle fairy godmother.
The movie is divided into 7 lessons and a few digressions: the swimming lesson, the driving lesson, the cooking lesson, the needlework lesson, the botany lesson, the courtesy lesson and the movie lesson, the only one given by Boris, the rest is given by Adrienne.
Adrienne has lived in Iran for fourteen years with her husband, a surgeon in the holy city of Meched. After her husband died, she returned to Brussels, closer to her children and grandchildren. Having learned the Persian language and having collected the popular stories of the Khorassan region, she finished by putting a little bit of orient into her pocket and a lot of sun into her storytelling.
If the cinema has changed the life of Adrienne, then Adrienne is changing mine." (Boris Lehman) 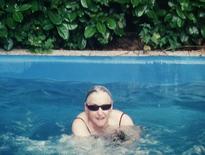 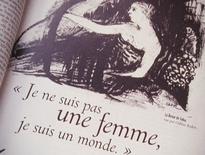 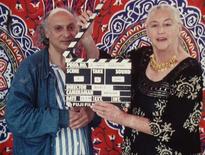 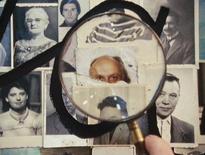