A dialogue based on the Gospel according to St John. The apostles are played by friends (the disciples) of Boris Lehman, most of themselves moviemakers, filmed in front of the last house still standing opposite the new buildings of the European Union. Judas is played by Claudio Pazienza and Christ by Lehman himself.
The film was shot in a matter of hours on a Sunday morning, with an incredible decor in a street that had been razed to the ground by property developers, just before the police arrived. (source: www.borislehman.be) 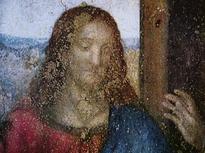 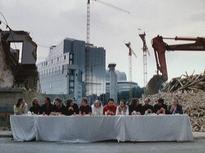 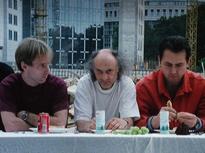