A video triptych (And, Here, As...) fully recorded in the area around Lille and Tourcoing, commissioned for the exhibition ’La ville qui fait signes’ at Le Fresnoy (autumn 2004). The trilogy is partly based on ideas around urban space, architecture, transport and the distribution of goods, which Downsbrough points out as a necessary element in the human environment. How can material be distributed without disrupting the planet we are living on? To mankind the city has become a more natural environment than the forest. Agrarian nature has been swamped by urban culture. Its naturalness cannot merely be refuted or contradicted, because centring around power and wealth is inherent to human nature. In his videos Downsbrough wants to show how these mechanisms determine the configuration and the government of cities. 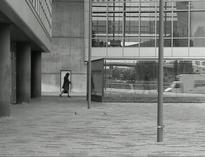 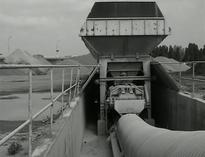 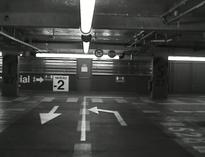 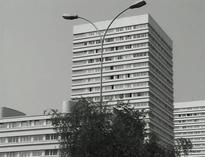