The people that move through Leeds seem to have a purpose, they are going somewhere. The artist chose not to. He carried out interventions at various times and places in the public space of the city. They became slightly disturbing when obstructing the natural flow of people, things and situations. The footage of this interventions is produced into a video installation, showing the interventions and the response they provoke. The work is shown as projection and on several monitors. It’s part of ’Leeds UK’, a two month project focussing itself around the question of what constitutes a cultural infrastructure in the city of Leeds. 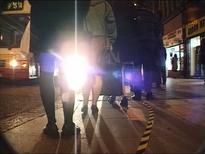 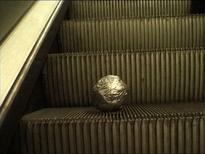 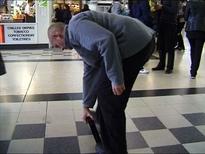