The starting point for the exhibition is the contraposition between the actor and the extra in the film. The dividing line between them is that between assertiveness and unassertiveness, cognisance and ignorance. An actor stands for a process of embodiment and for the ability to give direction to an activity. An extra is a voiceless figure in the background: body without embodiment. If the extra, in contrast to the actor, embodies anything at all, it is a conflict of orientation. Extras are independent of a film. They do not participate, do not anticipate. Their equivalent in real historical terms is the people, the masses.

The prominence of the motif of the extra has been called to attention in recent years. At a time when the idea of community has become problematic, desubjectification and social questions about the place and status of the individual find a translation. Nothing is then more metaphorically appropriate than the (dead) symbolic body of the cinema that has always stood as a model for a space of shared references, as well as for the idea of the collective consciousness. In Actors & Extras surprising and alternative positions are addressed. Invariably the artists explore the span between figuration as abstract, modular and manipulable human material on the one hand, and the consciously acting individual on the other.

When it comes to the individual, two opposing approaches can be distinguished, from the viewpoint of the extra. The ‘object-based’ approach is rooted in alienation and reification; the ‘embodying agent’ takes humanisation or re-subjectification as its starting point. Those works whose object is figuration move between two poles. Anyone who speaks is no longer univocal: someone ‘speaks’ but is equally ‘spoken’. Uncertain about the finality of his action, the extra occupies a prominent place on history’s stage. Actors & Extras makes this explicit by pointing out dependent relationships and touching upon the use and abuse of individual and group, among other things by means of documentary and propaganda footage. Works in which the figure of the extra comprise the subject should often be read as social and/or political allegories. Several of them take the form of socio-psychological experiments. This involves photo shoots, auditions, castings and re-enactments. In particular, re-enactments of events that are etched into the collective memory directly appeal to the forming of consciousness. The re-enactor is in the event but views it simultaneously as a performer and an outsider, from a certain distance.

With the exception of a photo series which portrays extras and an installation made to look like a film set, the exhibition solely consists of film and video installations.

A publication to be published simultaneously with the exhibition will, aside from descriptions of the works and interviews, include contributions by Jean-Louis Comolli, Georges Didi-Huberman, Sven Lütticken, Thomas Trummer, and Paul Willemsen.

Actors & Extras is a collaboration of argos and Siemens Arts Program with the support of Mondriaan Foundation and Levis. 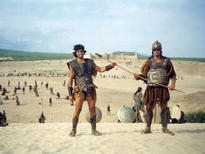 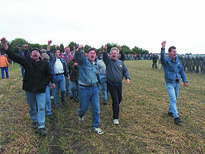 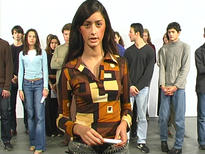 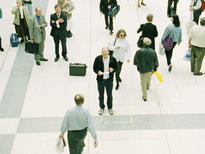 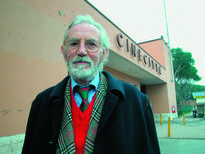