’X-Mission’ explores the refugee camp as one of the oldest extraterritorial zones. Taking the Palestinian refugee camps as a case in point, the video engages with the different discourses – legal, symbolic, urban, mythological, historical – that give meaning to this exceptional space. According to international law, the Palestinian refugee represents the exception within the exception. Over the course of 60 years, they have had to build a civil life in the camps, fostering an intense microcosm with complex relations to homeland and diaspora. Given the vital connections between the separated Palestinian populations, the video attempts to place the Palestinian refugee in the context of a global diaspora and considers post-national models of belonging which have emerged through the networked matrix of this widely dispersed community. The video also reflects on the fine distinctions between humanitarian and artistic missions. The narrative relies on a series of interviews made with experts, interspersed with multiple-layer video montage deriving from both downloaded and self-recorded sources. Speakers include Susan Akram, Bilal Khabeiz, Samar Kanafani, Ismaël Sheikh Hassan, Beshara Doumani. (Source: www.geobodies.org) 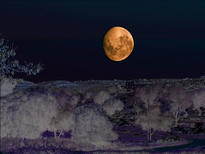 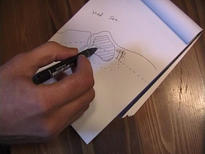 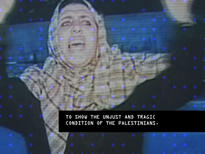 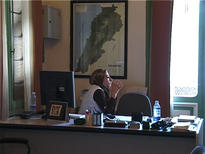 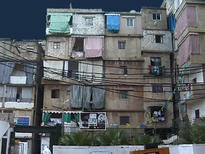 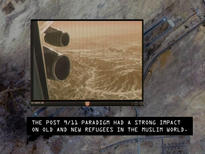