The Berlaymont building, seat of the European Commission, is a symbolic centre for the European quarter of Brussels as well as for Europe itself. Formally interesting is the fact that the original modernist architecture has been renovated and forseen with a new ‘skin’ or rather an armour plating, changing the outward appearance while preserving the inner form. Bennett sees this as mirroring the expansion of Europe in general. In the piece Berlaymont Dreaming, Berlaymont/ Europe is pictured as a modernist utopia, where the transparency of architecture is a metaphor for democracy itself. The building is empty, but it hums softly to itself. It dreams of its future uses, its future occupants, dreaming that it might one day be open to all, but knowing that its gigantic security machine regulates the flow and access of people just as the air conditioning regulates the flow of air and heat. The sounds of empty buildings and their machines sometimes filter in with sounds coming from outside through ducts or through the windows. Bennett layers images of the Berlaymont and its inhabitants over images from other buildings of the Belgian capital that are either out of use or that are already demolished. The two-dimensional layering of transparent architectural images is expanded into space by the surround sound presentation. The image and sound sequences are composed by a machine that chooses sounds and images which build up, overlap and then fall away again. Thus the machine constructs its ‘dreaming’ - an imaginary ephemeral architecture. Berlaymont Dreaming was commissioned for the argosfestival 2004 and in particular for ‘This Place is Dreaming’, and exhibition and performance series wherefore more then twenty international (sound) artists researched and worked on the public space in Brussels. Their works reflected from an architectural, urbanite as well as social-cultural viewpoint on the daily ‘reality’ of Brussels. 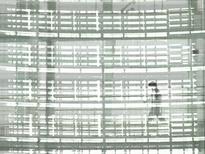 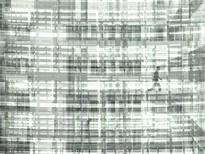 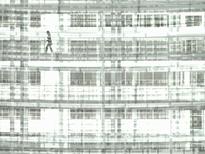 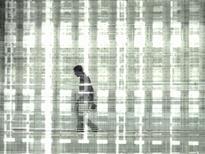 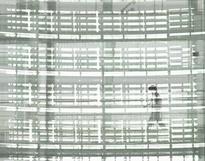