Manon de Boer (° 1966) lives and works in Brussels, where she is a member of the artist collective Auguste Orts, created in 2006. She studied at the Academy of Visual Arts in Rotterdam and at the Rijksacademie in Amsterdam. In her video and film portraits she investigates the definition of identity through recordings of monologues by friends, family and acquaintances, in which time, space and recollections play an important part. The films by de Boer have been shown, among other places, at the Stedelijk Museum Bureau (Amsterdam), Raum Aktueller Kunst (Vienna), the International Film Festival Rotterdam and the Venice Biennial.

The work of Manon de Boer, a Dutch artist living in Brussels, is about portrait and memory. De Boer studied photography and sculpture at the Academy of Fine Arts in Rotterdam and the Rijksacademie in Amsterdam before she began sculpting her first likeness in time with film, video and sound. That was in 1996.

Her initial series of black-and-white portraits were Super-8 images of friends and acquaintances, recorded in moments of intense concentration - Laurien while reading a book, or Robert playing the guitar. Times when, for just a fleeting moment, they had forgotten the observer’s glance and were no longer conscious of the camera. The eye of the camera creates both distance and intimacy. As viewers, we do not see what they are doing. What we see is a face in which we can read little or nothing at all. The frame is unmoving, the image static and the sound is not there at all. The length of each shot is consistent with that of the Super-8 film. The portrait is a photograph set in time. For Manon de Boer, the relationship between time, the concentration on the face in the image and the intensity of looking is fundamental. She wants the viewer to feel a difference between what time is and its passage, to become aware of our own act of looking. Is a portrait more than the recording of an unguarded moment? What is hiding behind the facial expressions of the person portrayed? Isn’t it true that every image you have of someone else is a reflection of yourself?

From her dozens of portraits, de Boer chose three, Robert, June 1996, Laurien, March 1996 and Laurien, April 1996, which she would - and still does - portray over and over again, the same individuals in the same position and within the same visual frame. Her fascination for the tension beneath the surface of the portrait was also the cornerstone for a portrait of Sylvia Kristel, which first appeared in Sylvia, March 1, 2001, Hollywood Hills. Because of Kristel’s professional awareness of the camera, in her case, the moment of concentration was far less significant than the way in which she related to the image. At various times over a three-year period, Manon would film her as she talked about the same specific periods in her life and the cities she associated with them: Los Angeles, Paris and Amsterdam. From these retakes, worked into Sylvia Kristel - Paris (2003), it is clear that no one ever tells exactly the same story twice, that the past is relived in the present, again and again. In Sylvia Kristel’s case, her stories transcend the personal. The building blocks of her life form a history that is part of the collective memory of a whole generation.

The investigation of how memory works is also central in her Monologues (1997) installation. On various occasions over a four-month period, Manon de Boer asked three friends - Dora, Chloé and Annemiek - to speak about a subject that particularly concerned them at the time. Later they were filmed while they listened to their own stories, their own voices. It is apparent in these recordings that there is a shift in the way people relate to topics that are important to them. To perceive these shifts, the viewer relies on memory, the memories that are so important in Manon de Boer’s work, and often so deceptive.

In turn, from Monologues evolved the idea of interviewing Annemiek, over a longer period of time. Annemiek is a good friend, a painter who lived for a number of years in Los Angeles. Each month over a two-year period, Manon recorded her stories about her time in Los Angeles. All the stories were then collected and transcribed as text. Selections were made from the texts. For Shift of Attention (1999), Manon had an actor read the literal, unedited transcriptions, including the silences, and had Annemiek listen to the recordings while Manon filmed her face. Annemiek listened to her own stories being narrated by someone else. In her face, we see her memory at work. Her stories about the past seem to adapt to her desires of the present, over and over again. Slowly, the countours of the construction of memory become apparent. Her face is a landscape that continually moves from the here and now to the then and there, and back again. The portrait becomes a mirror in which viewer and subject are looking at one another.

With Switch (1998) and The Alpha and Omega Project (2000), Manon de Boer went further in her search for the meaning of sound and intonation in memory, based on the notion that sound information is not only verbal, but also implies other layers of communication. Switch is a recording of Alison, as she reproduces four monologues in languages she does not understand. Her interpretation serves as a kind of impression of the original, in which the intonation of the original speakers can be heard. For The Alpha and Omega Project, de Boer asked Alison to reproduce a dialogue in a language she did understand. The recording is a print of the memory, from which it becomes apparent that it is sooner the sound of the voices or the cadence of the words that becomes afixed to our memories, rather than the content.

In 2001, de Boer wanted to translate all these recordings onto paper. But how do you make the rythmn of a conversation felt on paper? Would it still be comprehensible, or even decipherable? She decided on a book form. The experience of time that is inherent to reading, how you yourself make your story while you read, indeed closely parallels the substance of her work. Oscillations (2001) eventually became a group project in which the narrators and designers were also involved, resulting in a non-linear network of individual impressions, biographical information, dry facts and subjective observations, in which we as readers can continue to leaf through and refer back and forth.

It was virtually self-evident that this experiment would lead to the use of another medium: the CD-Rom. Mind Mapping (2000-2001) was a project commissioned by the Brussels Public Library, a digital, faceless portrait in which the viewer finds a reflection of himself. Thirty randomly selected people were asked to make lists of the books, films, videos and/or music that were important to them. In the end, 15 of the lists were chosen, from which a selection of text, image and sound fragments was compiled and recorded on CD-Rom. The context for presenting the result - the library - was determined by the choice of the medium. "With film or video, in a public space, you can never create a strong relationship with the passage of time. In that fleeting context, people see a quick video portrait, like wallpaper. But a library is of course an enormous mental space, and therein certainly lies a relationship with my work. In a library, you see a frame of reference, a cultural and social environment where people find information that influences them. I was able to use that frame of reference to make portraits of people from the outside. This time, I wanted to make portraits of people by way of what they read, watch and listen to, not by way of what they tell about themselves. The CD-Rom proved to be the right choice of medium: the work completely disappears into the library. Because every person who goes to a library also has his own frame of reference, as an individual, every user has a relationship with the person in the ’portrait’, as well as with the library, which is the larger socio-cultural framework."

Following Mind Mapping, de Boer received a commission from SKOR, the Dutch Foundation for Art and Public Space, for Panoramic Portraits (2002-2004), once again a portrait without faces, but this time in permanent evolution. Panoramic Portraits is an internet-based collection of portraits-in-progress based on information that can be found on the internet, to which material is only added, never deleted. As a result, you see the effects of time and how the artist continues to notice and record different things about someone. Manon de Boer presents only what is remarkable to herself. She looks at how people present themselves, how they talk about themselves, and compares that to the perceptions of others. She is looking for spontaneity - the moments when people seem to forget themselves. For this reason, her portraits are evocations, not representations and certainly not reproductions. They are portraits that simultaneously become self-portraits. Her work is about looking, looking by someone else and looking at someone else. An identity is always formed by a relationship to someone else, and this is what happens in her portraits. The presence of Manon de Boer herself can never be erased from her work.

Excerpts from ’Every image you have of someone else is a reflection of yourself’, Herman Asselberghs in conversation with Manon de Boer. Brussels, 28th August 2003. 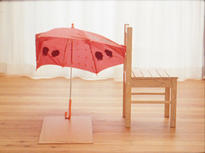 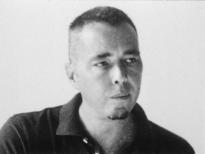