Jan Vromman is not actively concerned with the creation of an oeuvre; he rather makes an impulsive use of wide ranging styles and gestures. The DVD ’De stoel waarop ik zit’ (‘The Chair I Sit Upon’) consists of two parts. On the one hand it comprises a selection of his former work, often revised throughout the years (’De stoel links van mij’ - ’the chair on my left’); on the other it contains a long series of new films (’De stoel rechts van mij’ - ’the chair on my right’). It seems Vromman has found a friend and accomplice in the DVD-medium, capable of shaping his specific way of storytelling. The eleven selected and adapted films from his former work, among which the often laurelled ’De zege van de Slang’ (‘The Triumph of the Snake’, 1985), ’AVV-VVK, een Scenario’ (’AVVK-VVK, A Scenario’, 1988) and ’Gent, 10 Juni 1989’ (‘Ghent, 10 June 1989’, 1989) implicitly refer to the notion of ‘multitude’, whereas the forty-three recent films precisely have this interaction between multitude/unity as a starting-point. They are clear, impulsive observations, deeply rooted in Vromman’s familiar environment. Often personal contemplations are raised, in word or text, without formulating explicit answers. Vromman investigates how little stories can radiate greatness, stubbornness and independence, but simultaneously find a meaning in the sum of their parts. The overall picture constitutes a multi-coloured mosaic of impressions and observations, in word, image and sound, a universe that aims towards being a ‘multiverse’. The French and Dutch version each have an audio track of their own, therefore they can equally be perceived as ’original versions’. English subtitles are available. 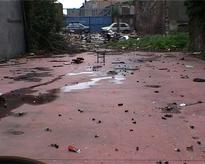 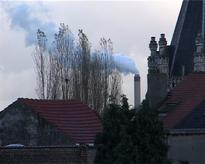