The title of this video refers, through GPS coordinates, to a location in Africa, which is both specific and abstract. Two men wander through a deserted site in the middle of the desert. At first sight it’s an archaeological ruin. As the images reveal more of the environment, it becomes clear that the construction was built by the two of them, hewn from the surrounding stone. It’s like a denial of any conventional view of a city. To Meessen this residual space reflects an inverted image of a planned, urban surrounding. Adding minimal fictitious elements what seems like an ordinary registration of an uncommon practice of city planning in Africa expands into a multidimensional structure, which should be read on a metaphorical level. 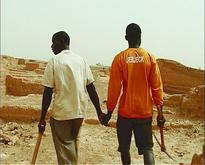 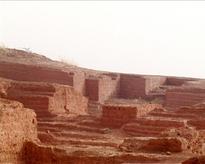 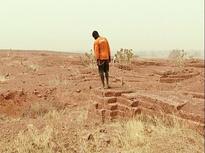 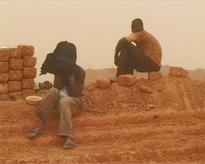