Opening at PACT Zollverein with FREE FALLING is a new series of film programmes, conversations, and lectures. The first weekend unfolds around two pivotal works that highlight junctures between artistic and societal experimentation: William Greaves’ ›Symbiopsychotaxiplasm: Take One‹ (1968), a rarely shown Black Cinema classic, documents the process of its own genesis, thereby questioning the borders between fiction and reality. Jean-Pierre Gorin’s filmic essay ›Poto and Cabengo‹ (1979), most recently shown at Documenta 12, hones in on the language habits of a set of twins from California, reflecting on the limitations of societal integration. Posited in dialogue therewith are more recent works, such as those by Vincent Meessen, Stefan Hayn, Peggy Ahwesh, and Laure Prouvost. As part of this event, Katrin Mundt invited Vincent Meessen for a talk and presenting his works Vita Nova and N12°13.062’/ W 001°32.619’ Extended. 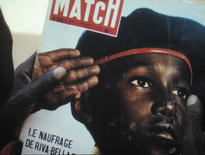 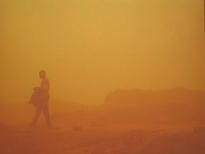